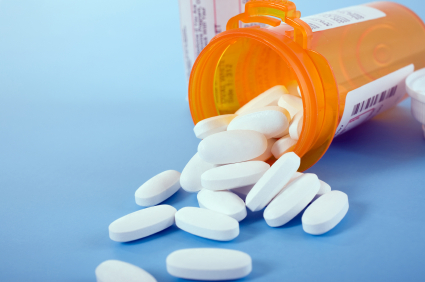 (AP) WASHINGTON — Seniors enrolled in seven of the 10 most popular Medicare prescription drug plans will be hit with double-digit premium hikes next year if they don't shop for a better deal, says a private firm that analyzes the highly competitive market.

The report Monday by Avalere Health is a reality check on the Obama's administration's upbeat pronouncements. Back in August, officials had announced that the average premium for basic prescription drug coverage will stay the same in 2013, at $30 a month.

The administration's number is accurate as an overall indicator for the entire market, but not very helpful to consumers individually since it doesn't reflect price swings in the real world.

"The average senior is going to benefit by carefully scrutinizing their situation, because every year the market changes," Avalere President Dan Mendelson said. Avalere crunched the numbers based on bid documents that the plans submitted to Medicare.

The report found premium increases for all top 10 prescription drug plans, known as PDPs. However, the most popular plan — AARP MedicareRx Preferred — is only going up 57 cents per month nationally, to $40.42 from the current $39.85.

Another two plans in the top 10 also had single-digit increases. They were the SilverScript Basic (8 percent) and WellCare Classic (3 percent).

On the plus side for consumers, a new low-cost plan entered the market. Premiums for the AARP MedicareRx Saver Plus Plan will average $15 a month nationally, although it won't be available everywhere. That's $3.50 less than the current low-cost leader, the Humana Walmart plan, whose premiums are rising to $18.50.

The new AARP plan is run by UnitedHealth Group Inc., the nation's largest health insurance company. United pays AARP for the right to use its name on a range of Medicare insurance products, a successful business strategy that has proven lucrative for both partners. When Humana and Walmart teamed up to offer their low-cost plan in 2011, United felt the competition.

"There is a real focus on the premium in this market," Mendelson said. "If a plan fields an offering with a low premium, it knows it can capture a significant number of customers."

Medicare spokesman Brian Cook did not dispute the Avalere estimates. "We continue to encourage seniors to shop around and find the plan that works best for them," he said.

Medicare's open enrollment season starts Oct. 15, and beneficiaries have a wide variety of choices of taxpayer-subsidized private prescription plans. Seniors and family members can use the online Medicare Plan Finder to input individual prescription lists and find plans in their area that cover them.

About 90 percent of Medicare's nearly 50 million beneficiaries have some form of drug coverage, with more than 17 million enrolled in private plans through the prescription drug program.

The Avalare numbers did have one silver lining for the Obama administration. When the projections are tweaked to account for seniors switching to lower-cost coverage, premiums for 2013 are likely to remain steady.

Separately, the administration recently announced that average premiums for Medicare Advantage insurance plans will barely inch up next year on average, while enrollment in the private medical plans will continue to rise. Many Medicare Advantage plans also combine prescription drug coverage in one package deal.

But the biggest premium announcement is yet to come. Virtually all seniors pay the Part B premium for outpatient care, including those with traditional Medicare as well as those in private plans. Currently $99.90 a month, the Part B premium it is expected to rise next year by less than $10.