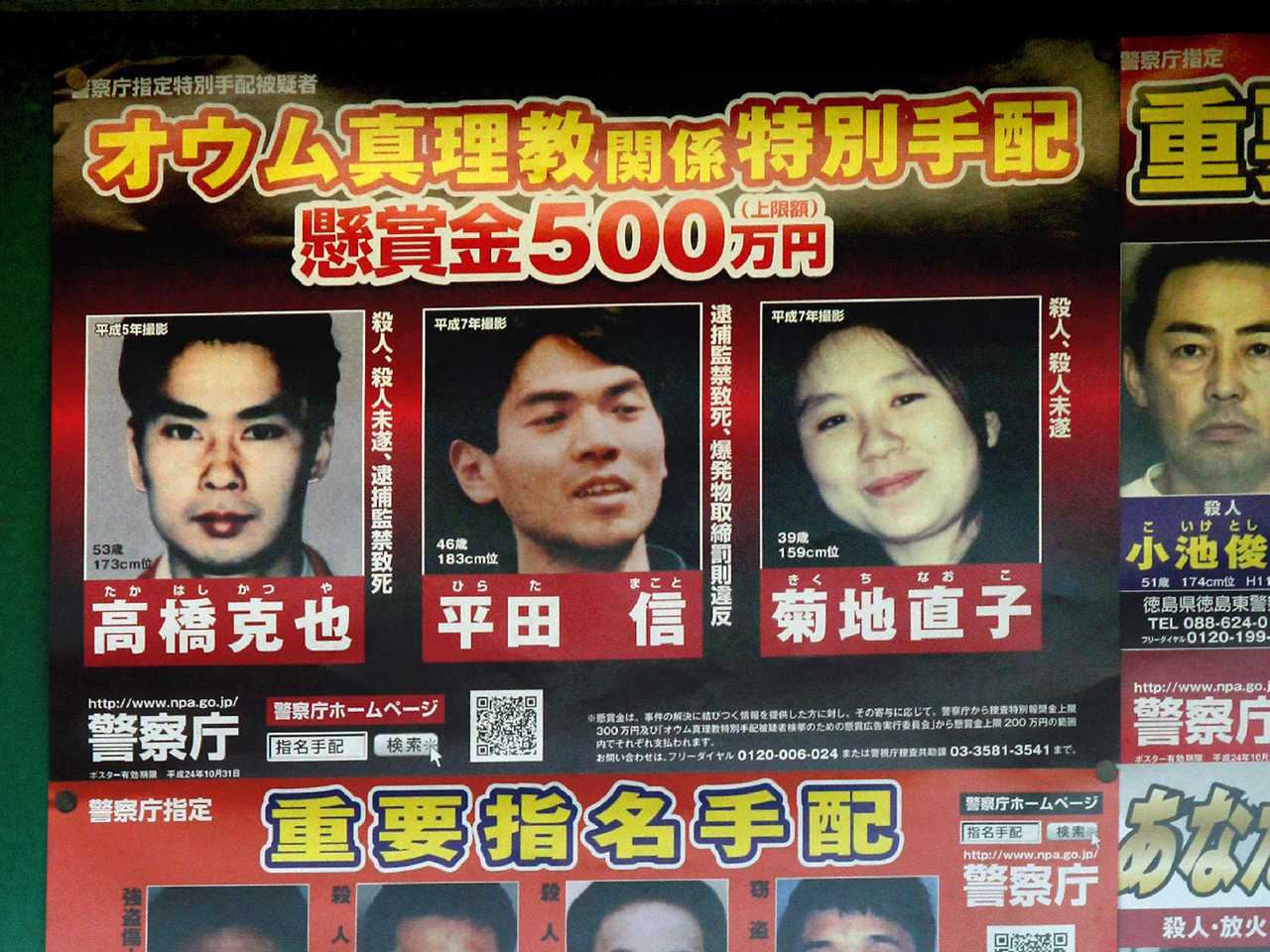 This story originally appeared on Global Post, and was written by Justin McCurry.

As the sarin coursed through packed carriages, passengers started to cough and struggle for breath. Some of those who made it on to platforms and upstairs to street level collapsed, foaming at the mouth and coughing up blood.

The attack killed 13 people and made 6,000 others ill. Many of those poisoned in this and another attack in the city of Matsumoto the previous year, will never fully recover from the damage the gas inflicted on their nervous systems.

Seventeen years later, the recent arrests of three remaining Aum fugitives have brought partial closure to a crime -- the worst-ever terrorist incident on Japanese soil -- that traumatized a nation.

The attack shook Japan's confidence in its reputation for safety, shattering the public's belief that it was immune to homegrown terrorism.

How, many asked, could young men and women, among them graduates of Japan's most prestigious universities, amass, undetected, a huge stockpile of chemical weapons at their compound in the foothills of Mount Fuji?

The subway carriages were filled with bureaucrats on their way to work at ministries in the Kasumigaski district of Tokyo. For Aum, they represented a government with which it sought violent confrontation as a prelude to Armageddon.

With membership now estimated to be in the hundreds, the cult has renamed itself Aleph and renounced Asahara's teachings -- a bizarre mix of Buddhism and Christianity, yoga and the occult -- but remains under close police surveillance.

The crime sparked a nationwide manhunt and earned Asahara, the bearded, partially sighted guru, the status of Japan's most wanted man. A total of 189 people have been tried in connection with the cult's crimes; Asahara and 12 others now await execution.

Three of his followers had managed to evade arrest until late last year. The first fugitive, Makoto Hirata, gave himself up at a Tokyo police station on New Year's Eve. Early this month, Naoko Kikuchi, a 41-year-old suspected of mixing the sarin, was apprehended near Tokyo after a tip-off. And last week, police arrested Katsuya Takahashi, who allegedly drove one of the sarin couriers to his destination, as he left a manga comic cafe in the capital.

The ease with which the trio were able to evade arrest for so long has raised questions about the investigation. Police reportedly failed to follow-up reported sightings of Kikuchi, while Hirata was arrested after initially being turned away from one police station by an incredulous officer. Takahashi was granted several more days' freedom after going back into hiding after he was spooked by the swirl of publicity surrounding Kikuchi's arrest.

New details about their time on the run suggest they were able to reinvent themselves as respectable citizens with alarming ease.

Kikuchi invented an alias, held down a regular job and shared several homes with Takahashi in the 10 years they spent posing as a married couple. Takahashi had most recently worked at a construction site, living in cheap accommodation provided by his employer and making frequent visits to a local restaurant.

His belief in Aum's doomsday philosophy appears to have remained intact: in his bag police found several photographs of Asahara, while he has reportedly been practicing cult rituals in his cell.

His arrest closes a significant chapter in the Aum saga, but it could be some time before the victims and relatives of the dead recover from their ordeal.

"I was feeling pain for a long time ... how much more pain are [the recently arrested fugitives] going to give the victims and the bereaved families?" Shizue Takahashi, no relation to the suspect, whose husband died in the attack, told Kyodo News.

Fumihiro Joyu, the leader of Circle of Rainbow Light, a group that split from Aum, and later Aleph, urged Takahashi to help police discover the full extent of Aum's crimes and activities. "I want him to help society learn lessons so that this kind of thing never happens again," Joyu, a former Aum spokesman, said in a statement.

Aleph, whose members continue to live in an apartment building in Tokyo, is reportedly finding new followers among university students, adding to fears that Aum, or a similarly volatile group, will emerge.

Japan's security commission recently decided to place the cult under surveillance for another three years, saying "there has been no change in cult members' faith in [Asahara]."

The Asahi Shimbun captured the general mood with this advice for Takahashi in its Vox Populi, Vox Dei column. "With the last Aum fugitive captured, Takahashi has a heavy responsibility to fulfill," it said. "Namely, to come completely clean with the court and recount the cult's madness in its entirety. That would be the least penance he could do for all the people he has made weep."