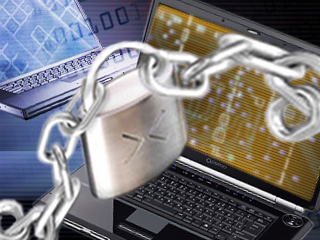 U.S. officials called the crackdown in United States, Europe, Asia and Australia the largest enforcement effort ever against hackers who steal credit card, bank and other information on the Internet - a practice known as "carding."

The officials claimed the two-year FBI sting protected more than 400,000 potential victims and prevented losses of around $205 million.

The arrests "cause significant disruption to the underground economy and are a stark reminder that masked IP addresses and private forums are no sanctuary for criminals and are not beyond the reach of the FBI," Janice Fedarcyk, head of the FBI's New York office, said in a statement.

According to a criminal complaint unsealed on Tuesday in federal court in Manhattan, the suspects bought and sold hacking programs and stolen information via secure websites.

In June 2010, undercover investigators set up their own website "as an online meeting place where the FBI could locate cybercriminals, investigate and identify them and disrupt their activities."

In one instance, an undercover investigator delivered a digital camera as payment to the defendant for one of the stolen information "dumps," the complaint adds. When the agent later asked the defendant in a chat if he liked the camera, the defendant responded, "A different model ... would have been better, but hey, a free camera is a free camera."

The registration process for the bogus website required unwitting users "to agree to terms and conditions, including that their activities on the site were subject to monitoring for any purpose," the complaint says.

Investigators made 11 arrests in various states, including New York, Florida and California. Thirteen others were picked up in the United Kingdom, Bosnia, Norway, Italy, Japan and eight other countries.