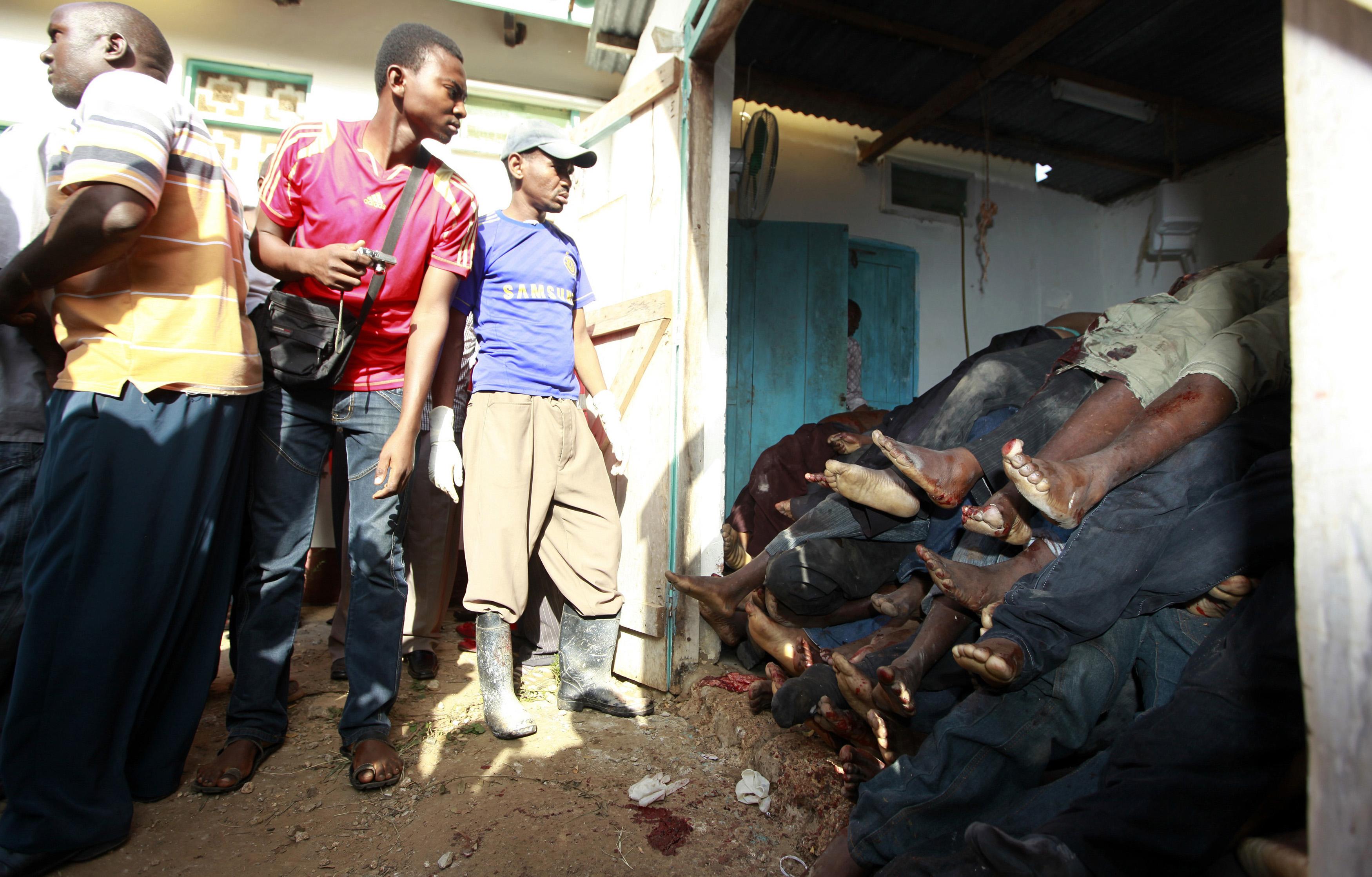 NAIROBI, Kenya -- Al-Shabab is claiming responsibility for the attack on a Kenyan coastal town that killed 48 people.

Al-Shabab, a Somali al Qaeda-linked group, said on Monday that it carried out the hours-long assault on Mpeketoni. Along with its Somali fighters, the group also has many Kenyan adherents.

The group said the attack was in response to Kenya's "brutal oppression of Muslims in Kenya," including the killings of Muslim scholars in Mombasa, an apparent reference to recent deaths of Muslims leaders in that city on Kenya's coast.

Al-Shabab warned tourists to stay away from Kenya, saying that the once peaceful East Africa nation "is now officially a war zone."

Dozens of extremists were involved in the hours-long attack, killing those who couldn't answer questions about Islam and those who didn't know the Somali language, officials and witnesses said Monday. In addition to the four-dozen deaths, two hotels were set on fire.

Like the gunmen who attacked Nairobi's Westgate Mall last year, the Mpeketoni attackers gave life-or-death religious tests, a witness said, killing those who were not Muslim.

"They came to our house at around 8 p.m. and asked us in Swahili whether we were Muslims. My husband told them we were Christians and they shot him in the head and chest," said Anne Gathigi.

Another resident, John Waweru, said his two brothers were killed because the attackers did not like that the brothers did not speak Somali.

"My brother who stay next door to me were killed as I watched. I was peeping from my window and I clearly heard them speak to my brothers in Somali and it seems since my brothers did not meet their expectations, they sprayed them with bullets and moved on," said Waweru.

At the Breeze View Hotel, the gunmen pulled the men aside and ordered the women to watch as they killed them, saying it was what Kenyan troops are doing to Somali men inside Somalia, a police commander said on condition of anonymity because he was not authorized to share such details of the attack.

Kenya has experienced a wave of gunfire and explosive attacks in recent months. The U.S., U.K., France, Australia, and Canada have all recently upgraded their terror threat warnings for the country. U.S. Marines behind sandbag bunkers are now stationed on the roof of the U.S. Embassy in Nairobi.

Lamu is a UNESCO World Heritage Site and is the country's oldest continually inhabited town. The region saw a spate of kidnappings of foreign tourists in 2011 that Kenya said was part of its motivation for attacking al-Shabab in Somalia. Since those attacks and subsequent terror warnings, tourism has dropped off sharply around Lamu.

At least 67 people were killed in September when four al-Shabab gunmen attacked an upscale mall in the Kenyan capital, Nairobi. Kenya sent its troops to Somalia in October 2011.