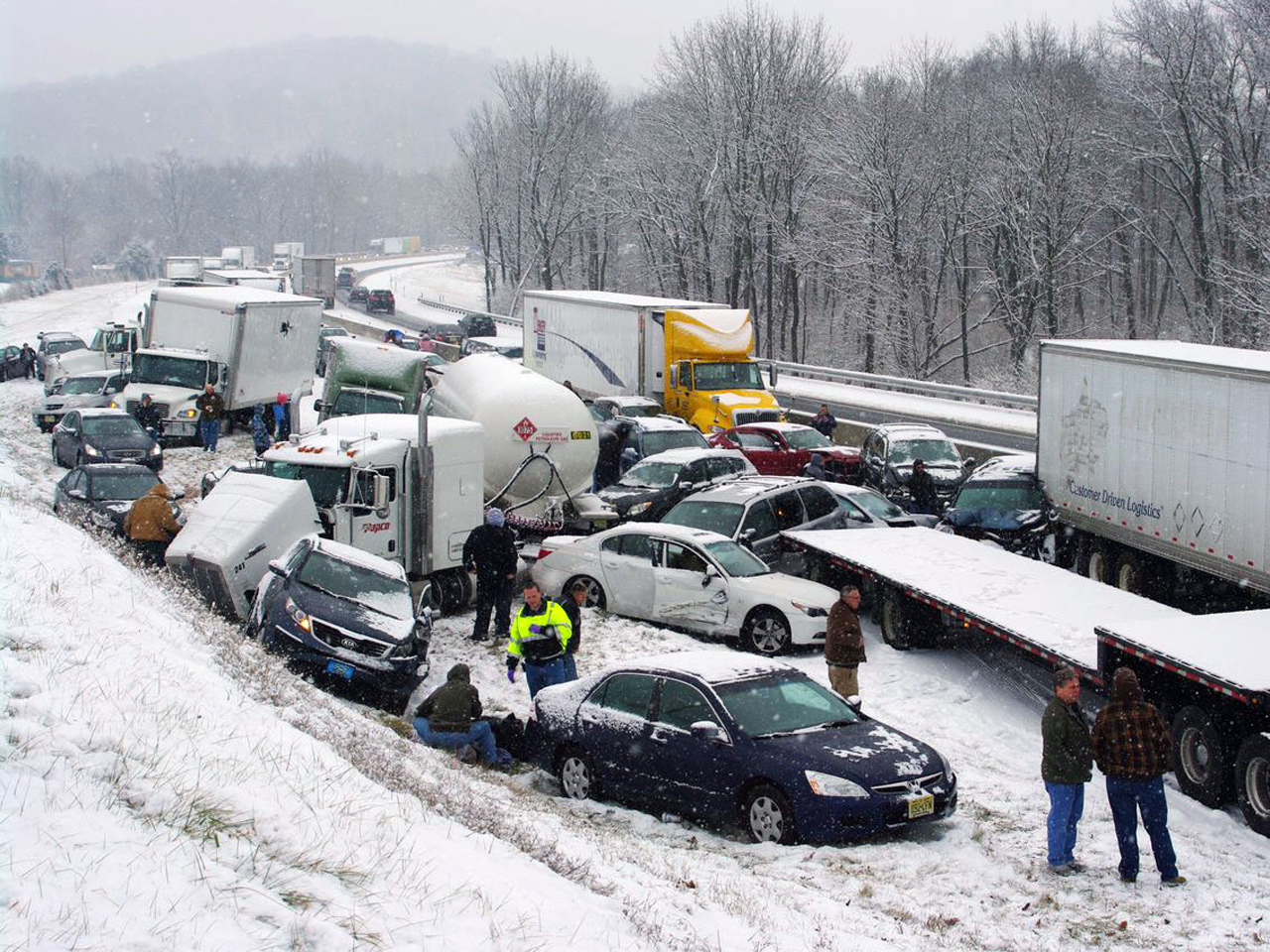 READING, Pa. -- Highways in eastern Pennsylvania have been reopened after being shut down for hours because of two chain-reaction pileups that ensnared dozens of vehicles on snow-covered roads.

No deaths have been reported.

Turnpike spokeswoman Renee Colborn says the highway reopened after 5 p.m. and about 10 people were taken to hospitals.

“You see it in like a movie, but when you see it for real, your heart goes out to anybody who may have been injured,” Jennifer Klimek, whose car was one of those involved, told CBS Philadelphia station KYW-TV. She wasn't hurt.

Meanwhile, state police say 25 to 30 vehicles piled up on Interstate 78 and shut down about 5 miles of westbound lanes, also in Berks County.

The lanes reopened after 3 p.m. Trooper David Beohm says 25 people were taken to hospitals and 44 were treated at the scene.