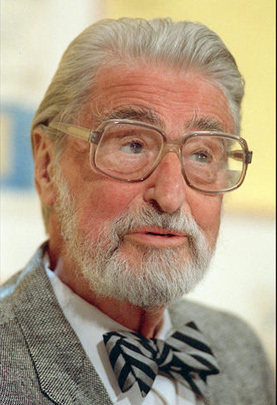 (CBS) - Better start cooking your green eggs and ham. The writing icon behind Dr. Seuss is set to celebrate what would have been his 107th birthday.

Theodor Seuss Geisel, or Dr. Seuss as known by many, would have been 107 this Wednesday, March 2.

Geisel was the creator of countless characters in his works of literature which included the Grinch, a bitter creature on a path to destroy Christmas and his most iconic character, "The Cat in a Hat."He died in 1991 at the age of 87.

Last year, First Lady Michelle Obama used the anniversary of Seuss' birthday to talk about the importance of reading. Ms. Obama's two daughters are fans of the Dr. Seuss series and "Horton Hatches the Egg" is one of their favorite books. President Barack Obama named March 2 Read across America Day, an honor to Seuss and his generations of fans.