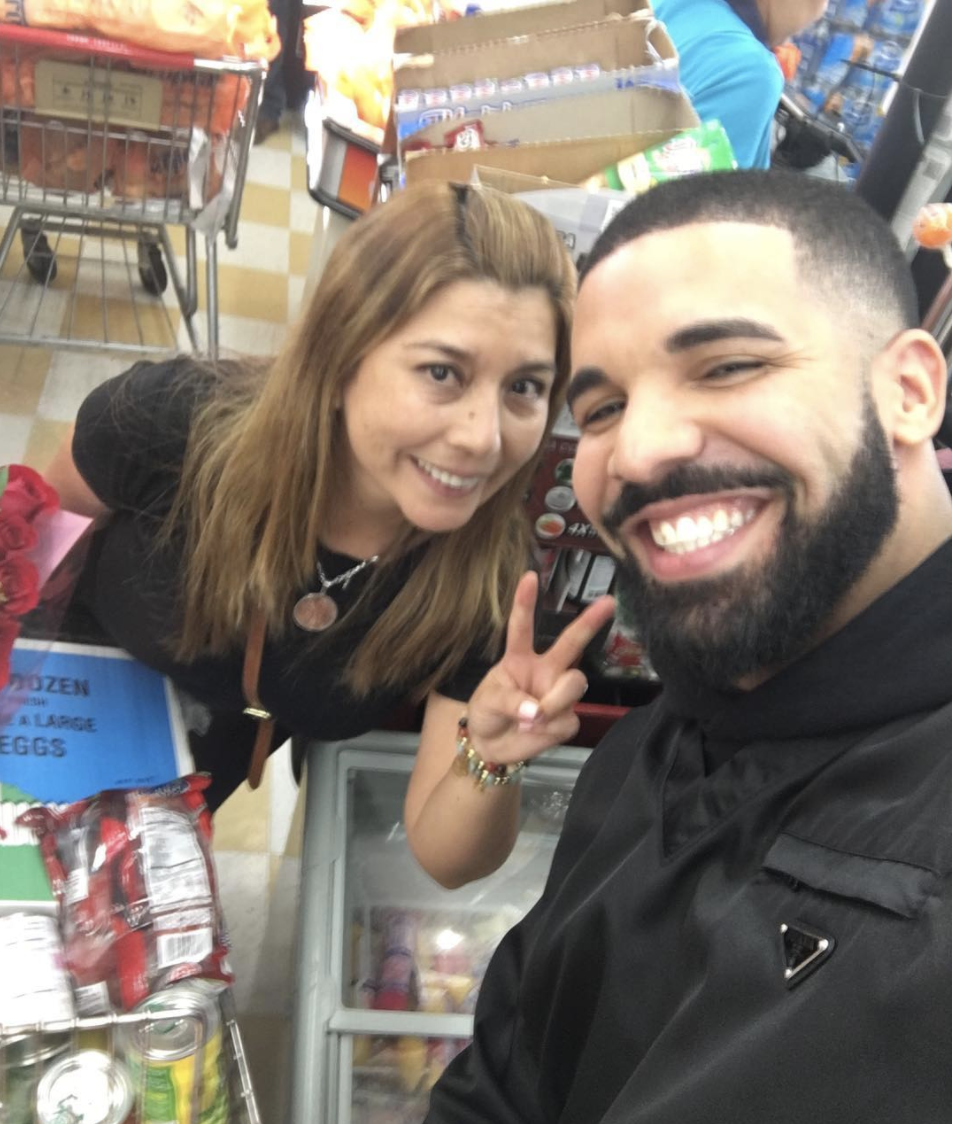 Rapper and singer Drake is dropping a ton of money while in Miami, but he's not spending it on material things. The 31-year-old Toronto native made a surprise visit to a Miami supermarket Tuesday.

The group of shoppers inside knew the star was there, but did not know what was coming next. Customers at Sabor Tropical say Drake got on a megaphone and announced that he was paying for everyone's groceries.

He reportedly spent $50,000 and also stopped to take photos with shoppers and the owner of the store.

"A real king when [sic] out and paid for everyone's groceries in the store, all the while encouraging people to buy more," shopper Guille Deza captioned a photo he took with Drake which was posted on Instagram.

Deza said people in the store were under the impression that Drake was filming the good deed for an upcoming music video for his song "God's Plan," E! News reports.

Another excited customer took to social media to document the encounter:

This was not the only kind act the rapper did while in Miami this week. On Monday, he surprised a student at the University of Miami with a $50,000 scholarship to the school.

He delivered the good news by arriving on campus with a giant check paid to the order of University of Miami Scholarship. He also took photos with the excited scholarship recipient, Destiny James.

The university marked the occasion by posting a tweet Wednesday thanking Drake's generosity and wishing James a bright future:

Drake's philanthropy did not stop there. He also visited Miami Senior High School and brought with him a $25,000 donation. Drake's apparel company, OVO (October's Very Own), designed new uniforms for the school.

Photos of Drake's visit to the high school show fans swarming him, trying to touch him and take photos. Photos of the event also show a camera crew was present.

A video taken by someone at the school also shows Drake hoisted in the air, with his song "God's Plan" blaring in the background. Drake dances to the song while a drone appears to hover near him.