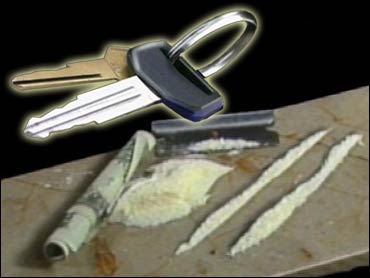 State laws haven't kept up with advances in technology making it easier for police to determine if a driver is on drugs, according to a study released Thursday.

People who drive under the influence of illegal drugs are rarely detected, prosecuted or referred to treatment programs, according to the report by The Walsh Group and the American Bar Association's Standing Committee on Substance Abuse. The study was funded by The Robert Wood Johnson Foundation.

"The law is often behind where the science is," said Linda Chezem, senior judge for Harrison Circuit and Juvenile Court in Indiana.

"People are driving with drugs in their system who shouldn't be, and under many laws, cannot be held accountable," said Jerry Landau, county prosecutor in Maricopa County, Ariz.

Before new technologies were developed, he said, urine samples would go to a crime lab that could take several weeks to process them. Often, the toxicology report wasn't ready before the case reached the court, and charges were dropped because the evidence wasn't ready.

Now, rapid tests of urine samples can produce results within minutes. Technology for testing blood and saliva also has improved, making it easier to detect drugs.

With drunk driving, many states have a 0.08 blood-alcohol standard. But there hasn't been a similar standard established for illegal drugs. In 42 states, prosecutors have to prove that a person's ability to drive was impaired because drugs were in their system.

"This is a problem that everyone recognizes and the scientific society has known about it, but because of difficulties in linking a particular level of impairment to a drug, like it's done for alcohol, people are looking the other way," said Michael Walsh, who headed the team that wrote the study.

For now, according to a panel of prosecutors, judges, police officers and health officials, the best way for states to deal with drivers under the influence of illegal drugs is with "per se" drug laws - making it illegal for motorists to drive with any measurable amount of illegal substance in their body.

Only eight states - Arizona, Georgia, Iowa, Illinois, Indiana, Minnesota, Rhode Island and Utah - have such laws, according to the report. Other states require proof that the illegal drug affected driving.

In Indiana, the per se law has proven effective, said Chezem, citing an increase in drugged driving cases that have been prosecuted since it was implemented in the late 1990s.

Most states mandate a treatment program for any driver convicted of having illegal drugs in his or her system. However, Walsh said, "There's a missed opportunity here because it's hard to convict people."

The Princeton, N.J.-based Robert Wood Johnson Foundation was established in 1972 as a national philanthropy devoted to health care issues.