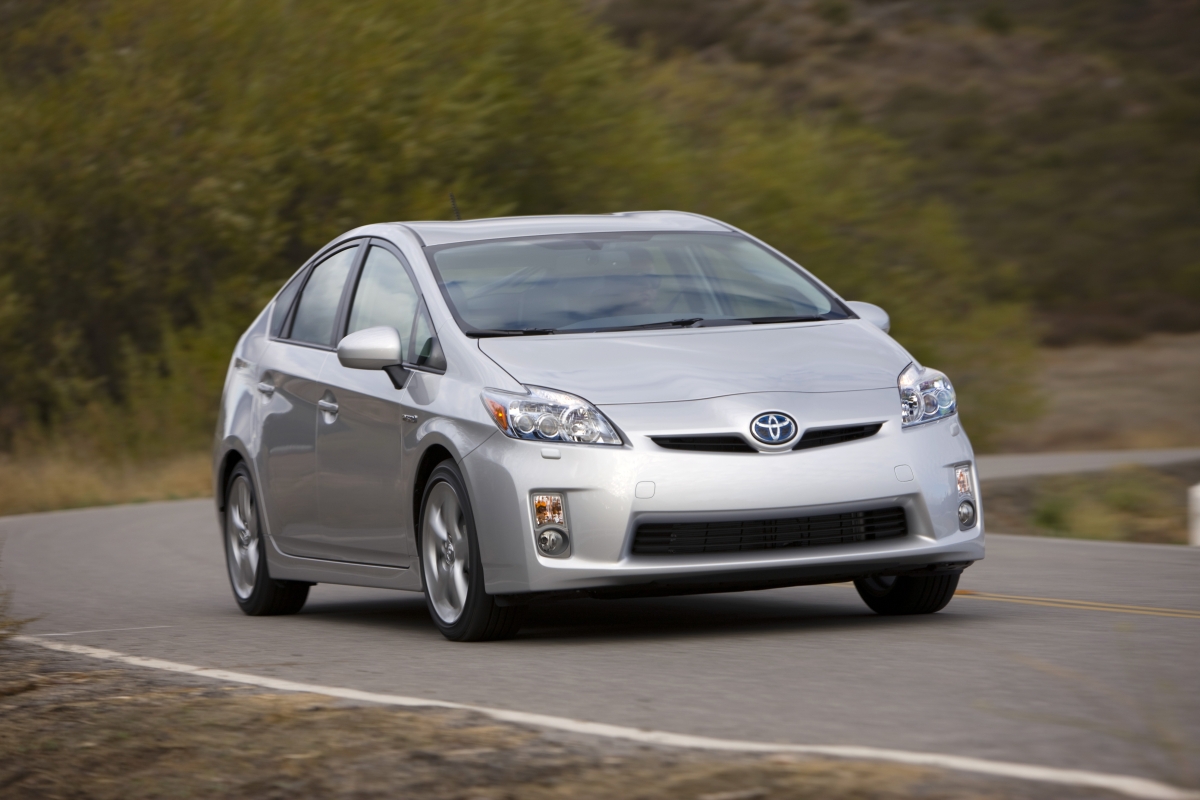 Looking through the EPA listings for 2011 model year cars, we picked out the most fuel efficient and compared them by a few different data points. Topping the EPA list is the 2011 Nissan Leaf, with its massive 99 mpg equivalent fuel economy. This number represents the combined city and highway mileage.

p> The 2011 Chevy Volt is more difficult to place, as the EPA lists two fuel economy figures, 93 mpg equivalent for electric operation and 37 mpg for gasoline operation. A simple average shows 65 mpg, which isn't particularly accurate but will do for this comparison.

That hybrid stalwart, the 2011 Toyota Prius, rings in at 50 mpg, and is the top fuel economy performer that can't be plugged in. We also decided to throw in a diesel, the 2011 VW Jetta TDI Sportwagen, which gets 34 mpg. We chose the Sportwagen because it gets the same fuel economy as the sedan, yet has more cargo area.

With a base price of $22,120, the Toyota Prius undercuts the competition in this category. Its next closest competitor is the Jetta TDI Sportwagen, at $25,260. We did not count tax credits or other incentives available for the Leaf and Volt, which can bring their over $30k prices down to the mid-20s, as those amounts vary considerably depending on the buyer and the state. (*MSRP from Edmunds.com for a base 2011 model.)

Although only 3rd in the fuel economy rankings, the Toyota Prius, able to go 536 miles on a single tank, takes the range category. It is followed by the Jetta TDI Sportwagen, which can go 444 miles on a single tank of diesel. The Chevy Volt, with a full battery and gas tank, can run for 379 miles, according to the EPA numbers. Last by a long shot is the Nissan Leaf, which is down at 73 miles. Being an electric only, the Leaf also suffers from recharge times measured in hours, as opposed to the minutes required to fill the tanks of the other cars compared here.

The EPA computed the annual electricity cost for the Nissan Leaf at $561, which beats the competition by a long shot. The Chevy Volt would only cost $594 annually if you only ran it on electricity, according to the EPA. Using just gasoline, it would cost $1,551 to drive the Volt for a year. Averaging the two figures shows it would cost $1,073 if you were to drive the Volt on electricity half the time, and gas the other half. But that figure still puts it behind the Prius, which can claim an annual fuel cost of $1,071. Due to the higher price of diesel, the Jetta TDI Sportwagen comes in last, costing $1,715 to keep it running for a year.

As a mix of mid-size and compact cars, it is not surprising that almost all of these top green cars offer seating for five. But there is one exception: Chevy designed the Volt with only four seats. Part of this limitation comes from the packaging of the battery pack, which runs in a tunnel down the middle of the car and splits the rear seat. Chevy might also have made this choice to keep owners from overloading the car, preserving its feel of performance when fully loaded with passengers.

So the Volt is the clear loser in this category, but the other cars are not exactly equal. The more passenger volume, the amount of space in the cabin, creates a more comfortable environment for riders. The Prius tops this category with 94 cubic feet of passenger space. It is followed by the Jetta TDI, with 92 cubic feet. Both the Leaf and Volt show the same volume, at 90 cubic feet, despite the fact that the Volt is classified in the compact segment and the Leaf as a midsize car.

Not everyone needs a lot of cargo space, but it can come in handy. In this categoy, the Jetta TDI, in wagon form, shows a clear advantage, with 33 cubic feet of luggage space. This number is measured with the rear seats up, so the car actually hold a lot more.

As for the other cars, the Leaf barely edges out the Prius, with 23 cubic feet versus 22 cubic feet. The Volt comes in last with a mere 18 cubic feet. These three cars are hatchbacks, giving them all good accessibility to their cargo areas.

Given these categories, the 2011 Toyota Prius comes out the winner. Its base price is the lowest and it offers the most range, while at the same time having the largest passenger compartment.

That fact, however, does not mean the Prius is the best choice for everyone who wants an ecologically sound car. If the majority of your drives come under 35 miles, than the Leaf or Volt might make a better choice. If you don't have easy access to the charging stations or need to maximize cargo volume, the Jetta TDI Sportwagen would serve well.