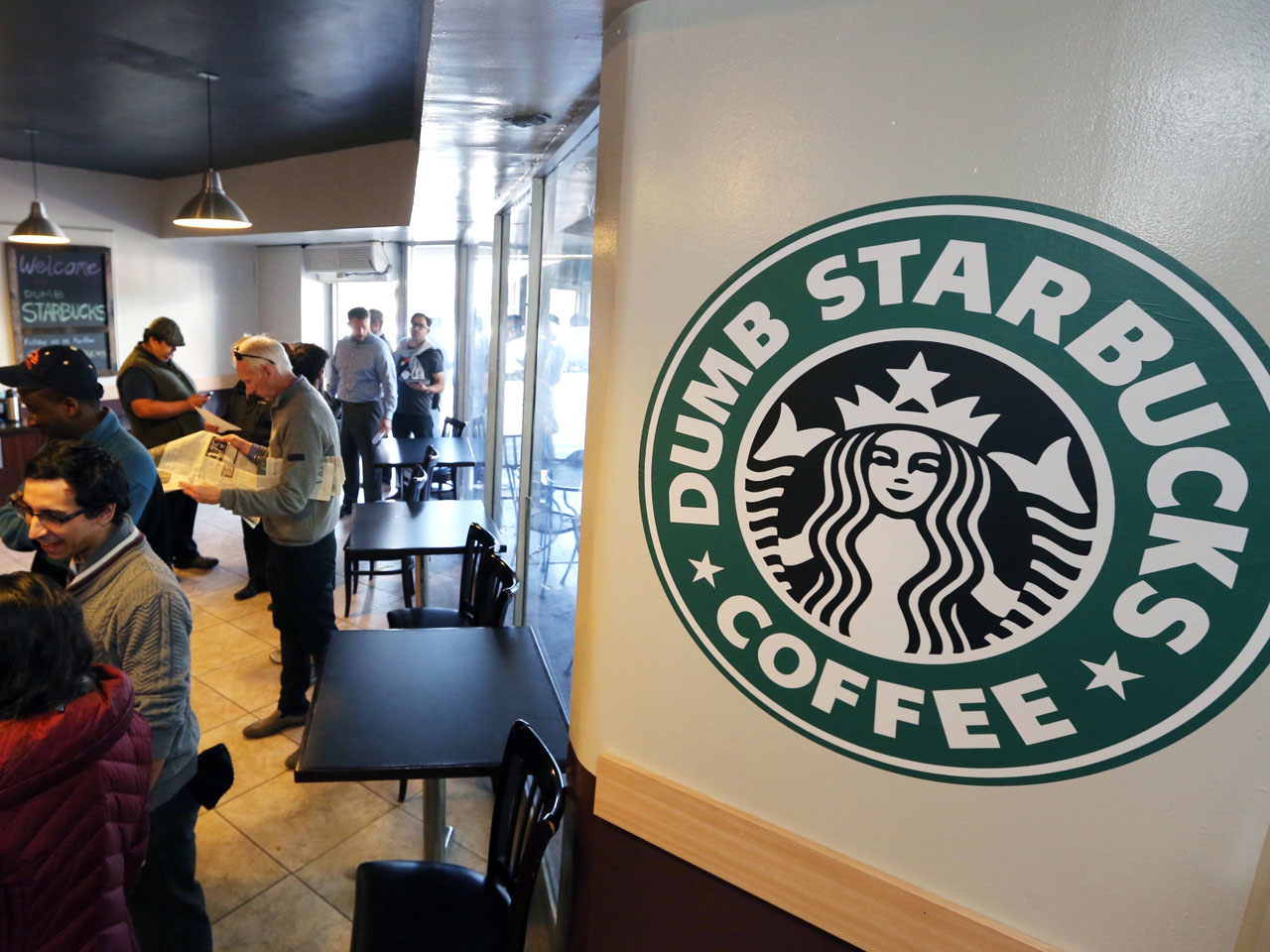 Starbucks' (SBUX) corporate credo might well be "a latte on every corner," given the coffee franchise's empire of more than 19,000 stores in 62 countries.

That's why anyone in the Los Feliz neighborhood of Los Angeles might not immediately take note of a new coffee shop decked out in Starbucks' familiar green and white -- unless they look more closely. It's called Dumb Starbucks.

No, that wasn't a mistake by a wayward signage company. The new shop appeared over the weekend and seems to be a parody of a Starbucks store, down to serving coffee -- except it is giving its beverages and pastries away for free. The word "dumb" is the prefix to every menu item, with "Dumb Caramel Macchiato" and "Dumb Chai Tea Latte" available in sizes up to "dumb venti."

Long lines have been forming at the storefront manned by two baristas reportedly hired off Craigslist. There is a working espresso machine with a non-working steam wand. There's also a drip coffee machine.

The real Starbucks said that it appreciates the humor, but noted that it is evaluating its options because the company's name is a "protected trademark." Under trademark law, Starbucks would have little choice but to take legal action. Failing to protect a trademark in the U.S. could open the company to losing that protected status.

For its, part Dumb Starbucks offers its own explanation for what it's up to:

Although we are a fully functioning coffee shop, for legal reasons Dumb Starbucks needs to be categorized as a work of parody art. So, in the eyes of the law, our "coffee shop" is actually an art gallery and the "coffee" you're buying is actually the art. But that's for our lawyers to worry about. All you need to do is enjoy our delicious coffee!

It's hardly a sure defense, but courts have recognized significant limitations to copyright and trademark protections when someone is creating a parody of an original.

Although it's not clear who is behind Dumb Starbucks, there's speculation that the street artist and provocateur Banksy might be involved. The artist, who has yet to disclose his identity, is said to have been in Los Angeles recently, and this sort of thing would seem to be in tune with his often slyly subversive work.