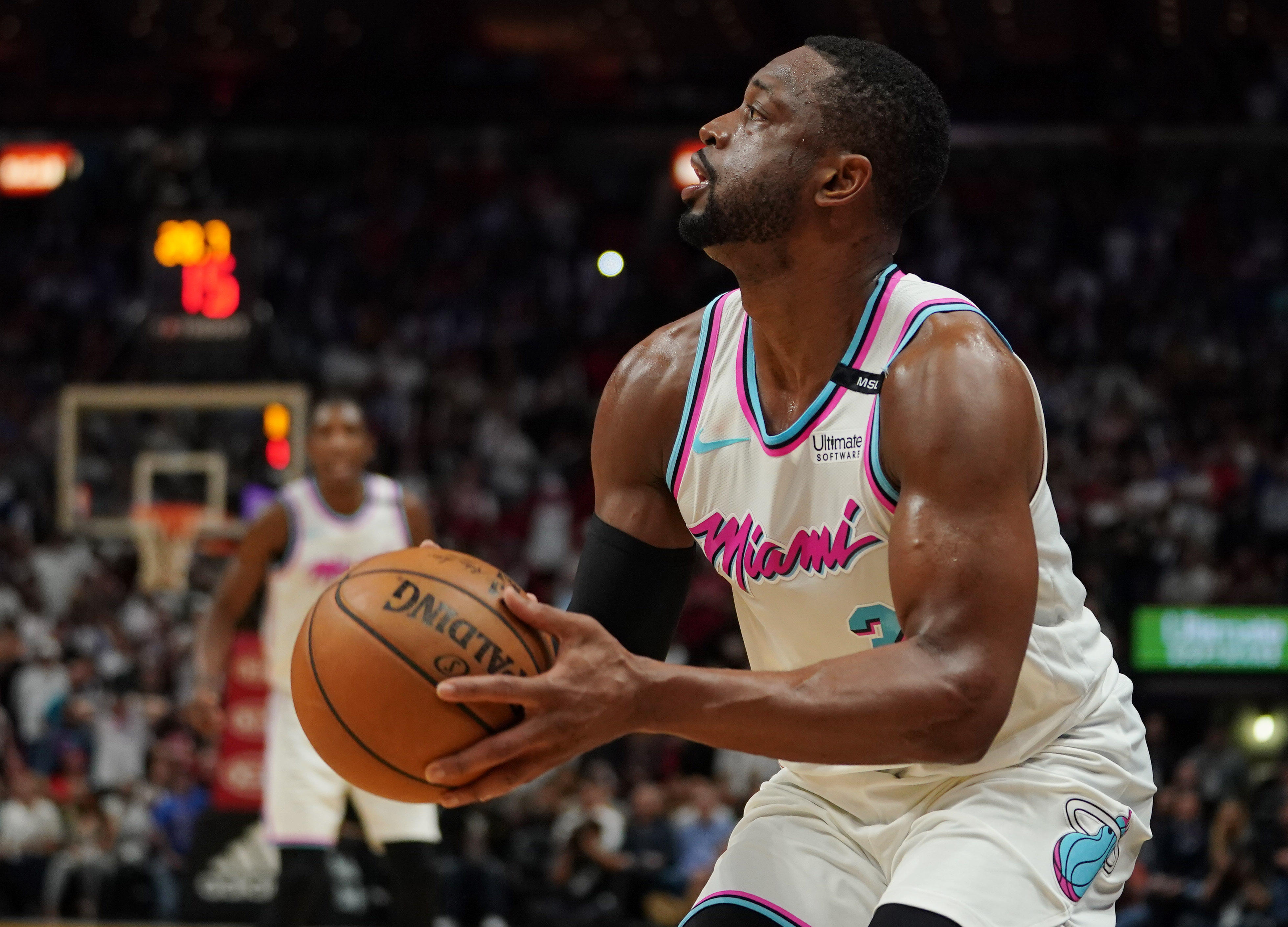 Before he was gunned down in a mass shooting at a Florida high school, 17-year-old Joaquin Oliver was excited about Dwyane Wade's return to the Miami Heat.

Wade, who had played in Miami before leaving for Chicago and then Cleveland, returned to the Heat about a week before the shooting at Marjory Stoneman Douglas High School in Parkland, Florida, that killed 14 students and three adults. He responded to the news of Oliver being buried in a Wade jersey by tweeting, "You're about to make me cry this afternoon."

He also dedicated his season to his late admirer:

In Miami Tuesday night, Wade scored a season-high 27 points, the last of them coming on a jumper that gave Miami its only lead of the fourth quarter with 5.9 seconds left, and the Heat rallied to beat the Philadelphia 76ers, 102-101. Wade had 15 of his points in the fourth quarter, and the Heat won a game in which they never led by more than three.

So perhaps it was fitting that Wade's best game this season came in sneakers with Oliver's name scrawled on them. "Some due respect to him and his family," Wade said.

Wade is trying to meet the family, hoping to thank them, comfort them, listen to them, help them, hug them, and almost certainly cry with them.

"That they thought of me in that process, as something that he would have wanted, is mindboggling," the Miami Heat guard said.

So is the fact that, again, Wade finds himself trying to solve a problem that apparently cannot be solved. He has been touched by countless tragedies in recent years, ranging from the Trayvon Martin shooting, to the death of his cousin in a shooting in Chicago shortly after he decided to join the Bulls in 2016, and now the senseless killings at the school about an hour north of Miami.

In this social media era, athletes have strength in numbers. The voices of people like Wade, LeBron James, Colin Kaepernick and others have more power than they likely ever imagined. Wade insists he isn't going to be silenced about the shooting, and that his friends won't either.

Put another way, no, as one national television pundit recently suggested James should, he will not "shut up and dribble."

"Being frustrated isn't going to help," Wade said. "You've got to keep going. You've got to look at the people before you and understand that nothing they did happened even close to overnight. The changes that Martin Luther King were trying to make, it took a long time before we could see them. Changes that an individual is trying to make, you do what's in your heart. When you're long gone, maybe one day it'll take hold."