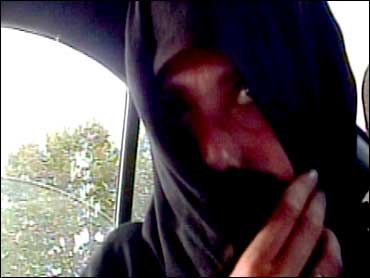 Yogi Berra once said, "The future is inevitable." So is "e-government" where citizens can vote, lobby, complain and receive constituent services online. At least that's how Senators Fred Thompson (R-Tenn.) and Joseph Lieberman (D-Conn.) see it.

It's also inevitable that politicians will try to capitalize on a popular trend. Web sites focusing on government issues have grown exponentially in the last couple of years. On Thursday, Thompson and Lieberman launched the Senate Governmental Affairs Committee's site e-government. Designed to encourage users to explore issues in an electronic format, e-government provides a forum for the exchange of ideas dealing with the future of American government.

It's a wonkish, but interesting site with a lot to offer for those interested in the inner workings of Congress, both politically and techno-wise. Clear, concise and easy to navigate, e-government gives a hint of how things in the federal government might work in the future.

Almost any e-issue relating to policy is raised on the site. More than 44 topics, in nine different categories are offered. Each topic has a brief description of an issue, a proposed new idea of dealing with it, and a request for specific suggestions and input from viewers. What is not addressed is the notion of government related e-commerce. There are no areas to discuss purchasing contracts, paying taxes or registering to vote online, although they could be added in the future.

In the "Centralized Leadership" category for example, the question of a Federal Chief Information Officer is raised. Should there be an information Czar? Constructed on the Y2K Czar model, this option could provide visibility, a strong bully pulpit and direct access to the President. On the other hand, would this position run into opposition from various other information technology government groups fighting for their slice of the pie? E-Government presents various scenarios and asks you for your opinions.

The main goal here, Thompson and Lieberman believe, is to hear from constituents on these new issues. This in turn, could lead to eventual legislation "depending upon the substance, weight and levels of response," according to Thompson.

"E-Government means e-quality," Lieberman said. "In the wired world, universal access to information and services levels the playing field. This is an experiment to involve you - the digital citizen - as a virtual partner in the legislative planning process."

And for those without internet access? Thompson and Lieberman admit this is a big concern, and one they will address on the site. For now, the committee has old-fashioned paper copies available. E-government is coming, but not everyone's on board yet.