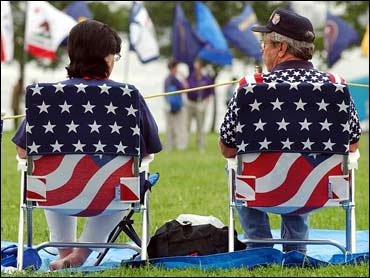 
In the summer after my junior year in high school, I worked on a cattle ranch not too far from Climax Springs, Missouri. The other hired hand was a grown man named Francis. We baled hay, put up barbed wire fence and turned young bulls into steers.

Our specialty was picking rocks out of hayfields. That gave us plenty of time to talk about God. Francis was for Him, I was against Him.

My conversations with Francis probably led me to major in religion in college. Wanting answers but lacking faith, I became dazzled by secular philosophers who proffered fancy, consistent thought systems that had an explanation for pretty much everything.

I flirted hard with Plato, Jung, Freud, Nietzsche and Kierkegaard, even though I was far too dense to understand any of them deeply. I had brief crushes on some exotics: the Hindu philosopher Sankara and Plotinus, a Greek guy who pondered after Plato.

Though I never fell too hard for any one Big Thinker, I loved Big Theories. I loved grandiose systems of thought that fit neatly together and invented whole vocabularies. I spurned plain language and clear thinking. I didn't like the Utilitarians, the Founding Fathers or the American pragmatists.

All that changed in one afternoon. After I read the essay that I wrote about last week, "Two Concepts of Liberty" by Isaiah Berlin, I never again had a serious relationship with a grandiose, all-encompassing worldview. Philosophically, I've remained a bachelor.

I am inflicting my embarrassing little intellectual resume on you for a reason, oddly enough.

Belief in a good, powerful fancy theory also provides plenty of ammo to argue that certain human values – freedom, authenticity, self-knowledge, for example – can only be attained in the ways The Big Theory prescribes.

Berlin associates this temperament or intellection predilection with "positive liberty" - the notion that liberty is empty unless it includes a positive capability to do something specific – e.g., work without exploitation, or, get an education, just to name two random examples.

Negative liberty is simpler; it is being free "from" things; it is being left alone, having a zone of individual liberty.

I got a ton of e-mail about this. Many objected that I argued that Democrats today are more susceptible to the attitudes associated with positive liberty than Republicans. Others thought I was arguing that positive liberty was the Daddy philosophy, a posture of paternalism.

What I clearly failed to do was describe the attitude, the sensibility of negative liberty. That attitude happens to be, for my money, the perfect antidote to the intolerant, ceaseless, Mars/Venus quality of political argument today.

True advocates of the arguments and attitudes that give negative liberty an exalted position in the competition of political values believe there are Many Ways. They believe that the most human and most vital activity is picking Your Way, which entails lots of freedom to be left alone.

That's because we featherless bipeds constantly develop and cherish ultimate values and virtues that are simply not consistent with each other, and that is what liberty protects.

Often our values are not comparable or compatible. Liberty, in the classic example, collides with equality: if taxes are increased to help make poor people more equal, someone's liberty is being compromised.

The right-to-life and eye-for-an-eye justice collides. These are tragic conflicts. There is no resolution. Sorry.

Pluralism, tolerance and skepticism are the intellectual and attitudinal virtues that nourish an appreciation of Berlin's negative liberty deep enough to vanquish the need for consistent answers to life's odd quandaries with a Big Theory.

Pluralism: the recognition that individuals and communities generate, embrace and discover an incredible variety of values and passions, and that process is The Essential Human Activity.

Tolerance: an acceptance that other fine and smart people have values and passions not only different than yours, but essentially incommensurable with yours, where there isn't even a common vocabulary to balance and compare.

Skepticism: the strength to reject those who have moral certainty and all the answers – a quality stemming from the idealism inherent in the value of pluralism.

I find no abundance of these civic virtues in either party, on political infotainment, or in the political blogosphere.

Francis sent me looking for a Big Theory. In the end, I came back to where I started – happily talking all day with a guy with whom I'll never quite understand or agree with - and glad there's no recipe with all the answers.

Dick Meyer is the Editorial Director of CBSNews.com.

E-mail questions, comments, complaints, arguments and ideas to
Against the Grain. We will publish some of the interesting (and civil) ones, sometimes in edited form.
By Dick Meyer