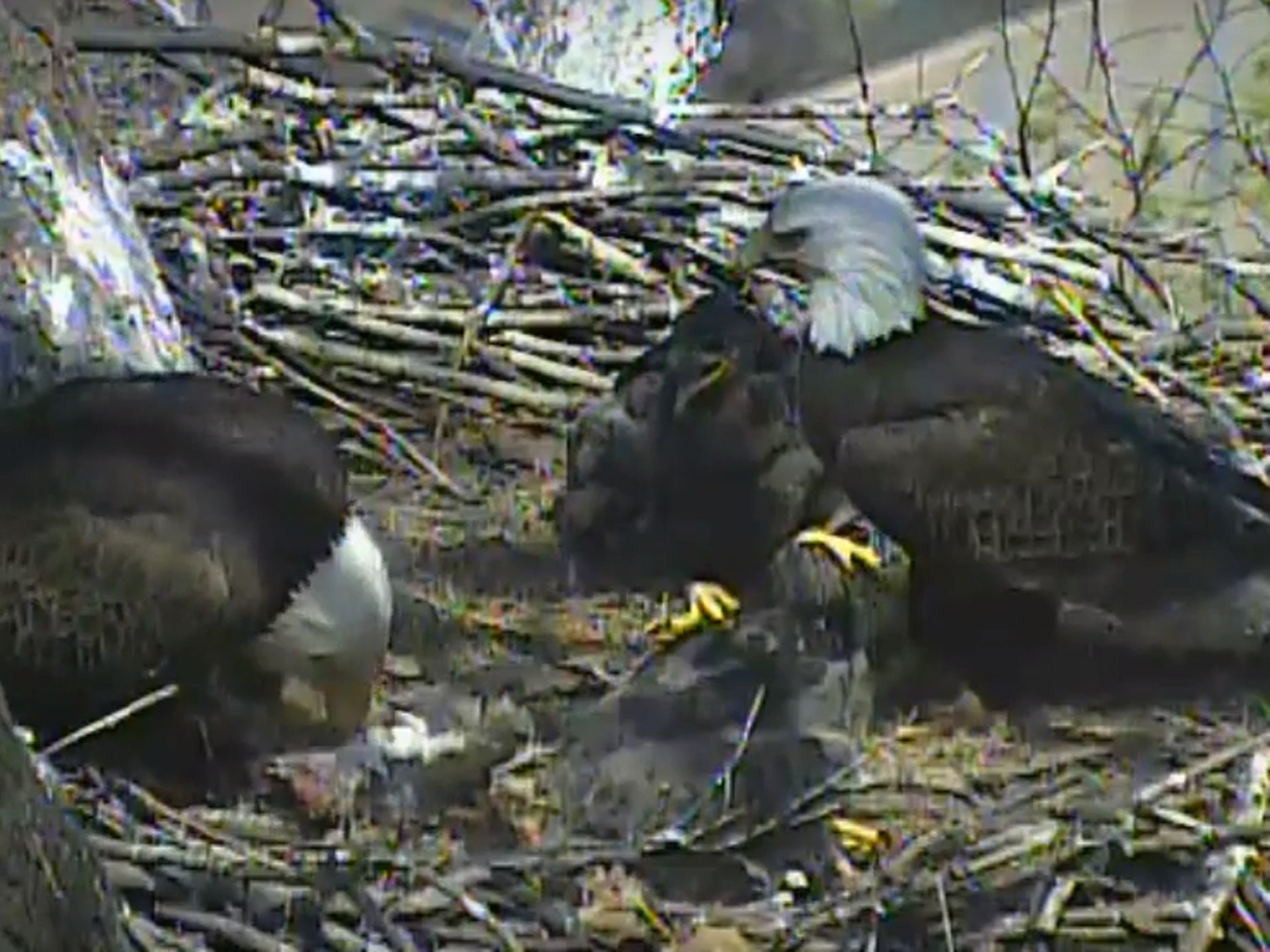 PITTSBURGH - Cat lovers may be less inclined to view an online livestream of a family of bald eagles in Pittsburgh after the webcam showed two adult eagles feeding a feline to their eaglets.

Viewers on Tuesday saw the adult eagles bring a cat to the nest for the two youngsters.

Some viewers were disturbed that the image was caught on camera, but Audubon Society of Western Pennsylvania spokeswoman Rachel Handel tells the Pittsburgh Post-Gazette that the feeding behavior was perfectly normal. She also wrote on Facebook that "the eagles bring squirrels, rabbits, fish (and other animals) into the next to eat multiple times each day."

Handel says the group couldn't determine if the cat was a pet or feral.

A video is available at CBS Pittsburgh, but be aware that the content is graphic.