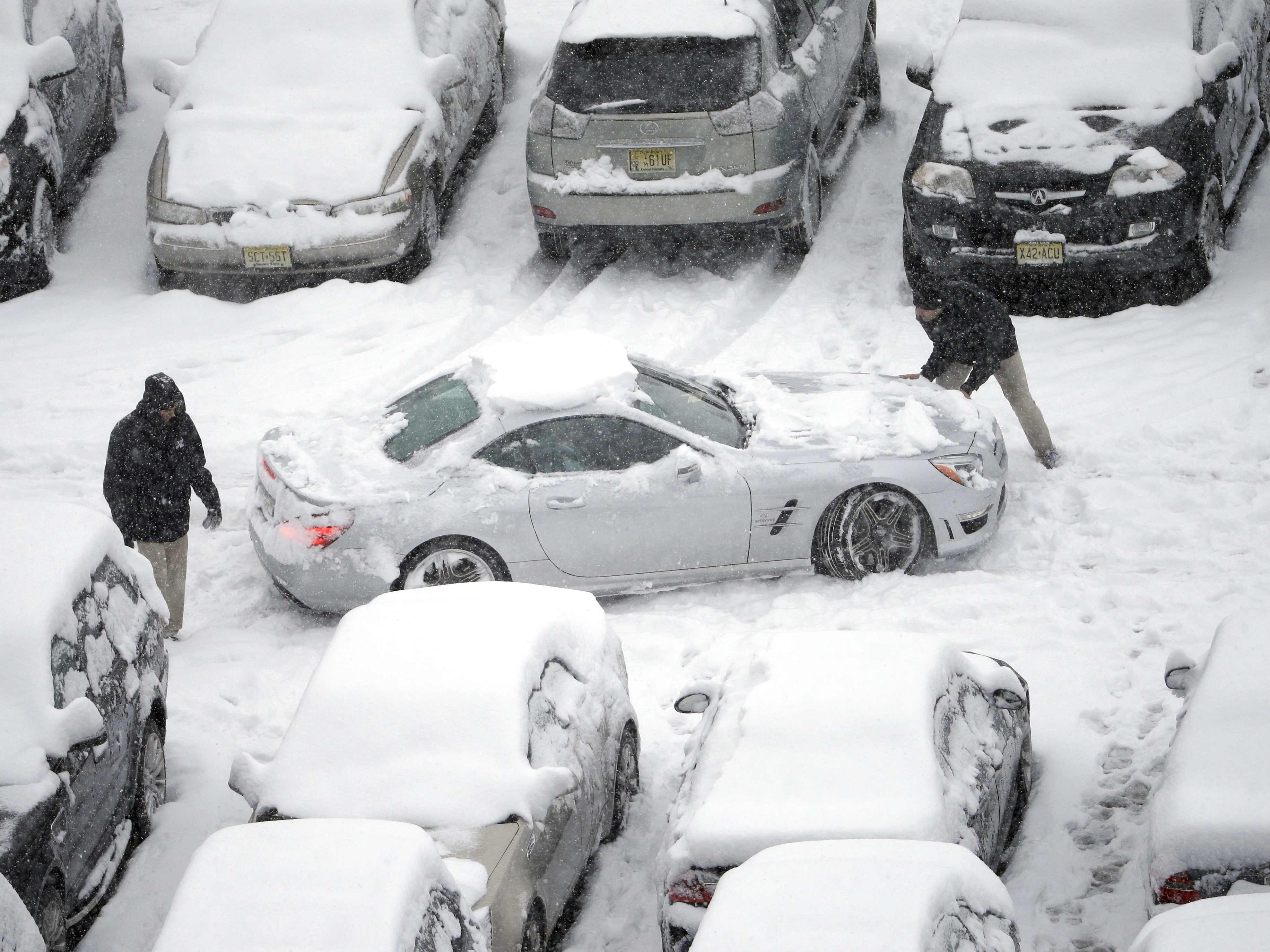 RICHMOND, Va. -- An early winter storm delivered a sloppy mix of snow, freezing rain and sleet to the southern Mid-Atlantic region and other U.S. states Sunday, with parts of Pennsylvania and southern New Jersey seeing more than 3 inches of accumulation, making driving dangerous for millions of residents nationwide.

The slow-moving storm prompted officials in Virginia, parts of Maryland and other states to urge residents to stay off the roads and forced scattered airport delays. In Wisconsin, there were several vehicle pileups due to snow and dangerous road conditions, with one fatal interstate rollover.

In Pennsylvania, the snow wreaked havoc on the turnpike and covered the fields of the Pittsburgh Steelers and Philadelphia Eagles football teams in white.

The National Weather Service said the high pressure system from North Carolina north to the New England states is being fed by disturbances from the southwest and moist air off the Atlantic.

"This is not one big storm but a couple storms lined up side by side," meteorologist Kevin Witt said. "That's just a recipe for winter precipitation."

The forecast called for the wintry mix to continue through Sunday, turning to rain early Monday. Total snow accumulations in southeastern Pennsylvania, Delaware and southern New Jersey were expected to reach 6 inches.

Paul Jones, 24, a youth hockey coach from Warminster in the Philadelphia suburbs, was on his way to a game in Lancaster when he got stuck -- along with his fiancee, another coach and three players - in a major backup on the turnpike.

The roadway was "snow-covered, slick," Jones said in an interview from the car, where he was a passenger and had been at a standstill for more than an hour.

"People are in and out" of their vehicles, he said. "Kids are having a snowball fight on the side of the road, making snow angels, people are walking their dogs."

Parts of northwest and southwest Virginia and southern West Virginia were getting snow, while sleet and freezing rain prevailed west and north of Richmond, Va.

"We're actually getting something of everything," said meteorologist Anita Silverman in the Blacksburg, Va., office of the National Weather Service.

The snow was heavier than forecast in Maryland, falling at a rate of an inch an hour in parts of the state at midday. Accumulation of 5 inches was reported in Carroll County, northwest of Baltimore.

CBS New York meteorologist Vanessa Murdock said the metropolitan area could receive anywhere from a dusting to two inches of snow. The precipitation was expected to transition into freezing rain around midnight, which could leave roadways slick heading into the Monday morning commjute, Murdock said.

A motorist named Patrick from Orange County, N.Y., told 1010 WINS that he wasn’t looking forward to his commute home Sunday night from his construction job in Manhattan.

"I've got the four-wheel drive, so sometimes it doesn't bother me, but it's the rest of the drivers out there that don't know how to drive when it gets bad weather," he said.

In North Texas, bitter cold settled in Sunday after sleet, snow and ice had pelted the region. About 400 departures from the Dallas-Fort Worth International Airport were canceled Sunday. On Interstate 35 north of Dallas, graders with blades to break up thick ice were brought in.

The area was expected to see temperatures slightly above freezing Sunday, with a bit of sunshine, but it will likely still be a couple of days before the ice that has coated the region is gone.

Icy conditions were expected to last through the rest of the weekend from Texas to Ohio to Tennessee. And officials warned that a major ice storm was possible in Virginia's Appalachian region along the busy Interstate 81 corridor.

State Emergency Management spokeswoman Laura Southard said the storm had the potential to be a "historic ice event" in Virginia.

"I've worked multiple disasters, but I've never worked an ice storm with a forecast like this," she said. "It's just really important for everybody to take extra precautions."

Dominion Virginia Power, the state's largest utility, said the storm could knock down tree limbs and power lines and it had company trucks "stocked and fueled" and crews ready to respond. Only several hundred outages were reported midday Sunday.

The weather forced the cancellation of countless events, including Sunday's Dallas Marathon and the St. Jude Marathon in Memphis.