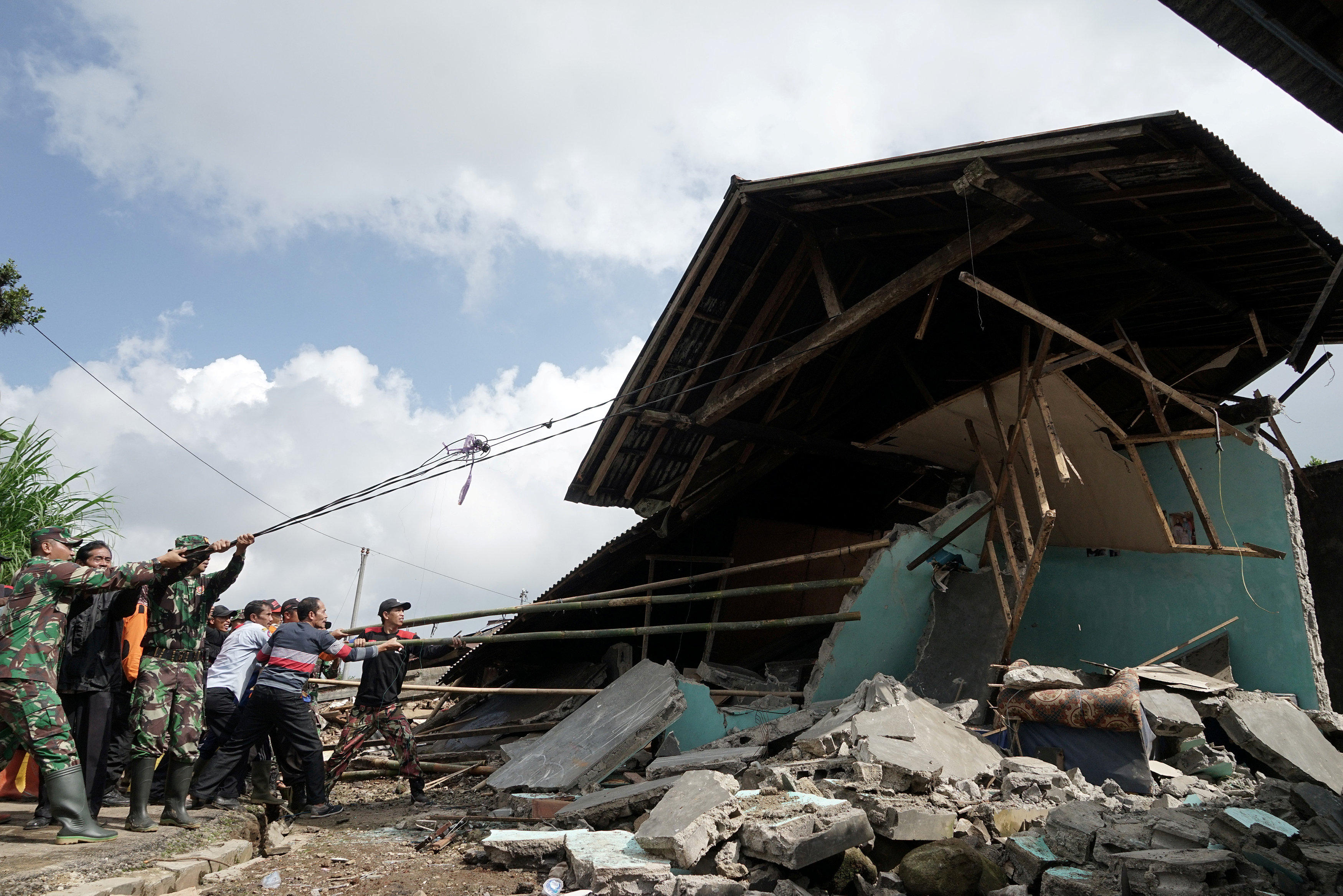 JAKARTA, Indonesia -- A shallow earthquake in central Indonesia has killed three people and damaged more than 300 homes, disaster officials said Thursday as they declared a two-week emergency for the affected areas. Indonesia's Meteorology and Geophysics Agency said the magnitude-4.4 quake that occurred Wednesday at a depth of 2.4 miles was centered about 32 miles north of Kebumen, a densely populated district of Central Java province.

Central Java's Disaster Management Agency head Sarwo Pramana said the quake which was felt in many parts of the province killed two elderly people and a 13-year-old boy who were crushed by collapsing buildings.

He said 21 people were hospitalized with injuries and more than 2,100 people have been evacuated to temporary shelters.

The province has declared a 14-day emergency relief period.

Indonesia is prone to earthquakes and volcanic eruptions due to its location along the Pacific "Ring of Fire." A powerful Indian Ocean quake and tsunami in 2004 killed 230,000 people in a dozen countries, most of them in Indonesia.