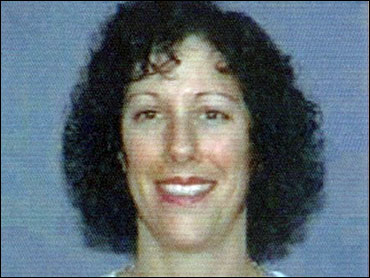 Shares of newly public Web site specialist EarthWeb Inc. climbed another 43 percent Thursday in a fitting follow-up one day after its smash-hit debut.

In a leap putting it just short of a record-setting premium, EarthWeb's stock soared 248 percent above its $14 offering price in its U.S. market debut Wednesday, closing its first day of trading at 48 11/16.

Although it figured Internet IPOs eventually would come back into vogue, that a little-known start-up called EarthWeb would turn the tide has shocked some observers.

Since revamping its business a little more than a year ago, EarthWeb has created Web sites targeted to computer programmers and other tech professionals. Its sites, anchored by the flagship developer.com property, drew 1.8 million unique visitors in September, according to Renaissance Capital analyst Paul Bard. That compares to nearly 8 million monthly users for CNET (CNWK).

Steve Tuen, research director at IPO Value Monitor, expressed surprise at how strongly EarthWeb performed, particularly considering the deal came from J.P. Morgan, an underwriter not particularly known for technology deals. "You could have predicted that Goldman Sachs or Hanbrecht & Quist would have produced this kind of performance," Tuen said.

EarthWeb expects its site-visit numbers to pick up, followed by a dramatic rise in revenue as advertisers come to appreciate the site's highly focused audience.

"They have a captured audience with the information technology professionals that surf their site," Tuen said.

According to Bard of Renaissance Capital, the company sees sales rising to $18 million in 1998 and more than $37 million in 2000.

Already, the company charges an average ad rate of $68 per thousand impressions - abov the average for Internet sites. Two customers, Microsoft and IBM, generated about 24 percent of EarthWeb's sales. A quarter of the company's revenue came from barter ad contracts, in which no cash changes hands.

Traditional technology-focused information providers, such as Ziff-Davis (ZD) and CMP Media (CMPX), have been hurt in recent quarters by slowing ad sales growth in certain of their trade magazines. Yet online tech sites, including those operated by ZD and CMP, have picked up a lot of the slack. "IT professionals demand up-to-date information" that only the Internet can provide, Tuen said.

EarthWeb said in its prospectus it will have to devote significant resources to promote its various brands under the EarthWeb umbrella. Currently, the www.earthweb.com is only a corporate site that links to the company's other Web properties.

Valuation at current levels is an issue, Tuen said. At $50 a share, the company, which had $1.9 million in sales for the first nine months of 1998, has market cap of about $395 million, not including outstanding options. "That's placing a big premium over its revenues, which have just started to grow recently," Tuen said.