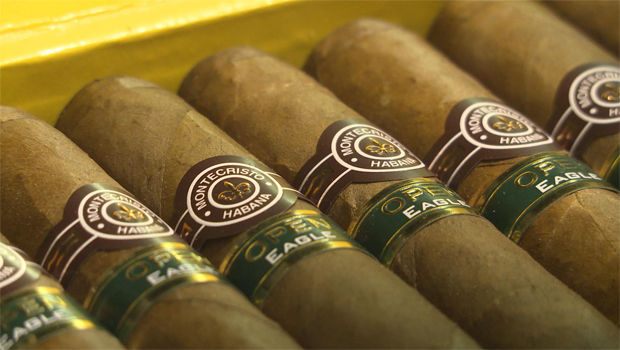 Under the changes, which will take effect on Wednesday, Americans will now be able to legally buy Cuban-made cigars and liquor while in Europe and consume them there legally. Earlier changes have allowed Americans traveling legally to Cuba to return to the U.S. with $100 worth of Cuban cigars.

Individuals will be allowed to travel to Cuba under "people to people" educational trips. Until now, only groups of Americans were permitted to visit Cuba.

The announced changes will also provide Cubans greater access to U.S. financial institutions and the U.S. dollar and Cubans living legally in the U.S. will be able to earn salaries and stipends.

"Today's steps build on the actions of the last 15 months as we continue to break down economic barriers, empower the Cuban people and advance their financial freedoms, and chart a new course in U.S.-Cuba relations," Treasury Secretary Jack Lew said in a statement.

One major change will allow U.S. banks to process what are called U-turn transactions in which Cuba or a Cuban national has an interest. This will allow, for example, money to be transferred from a bank outside the U.S. to pass through one or more U.S. financial institutions before being transferred to a bank outside the U.S., the administration said.

Among other things, U.S. banks will also be allowed to open bank accounts in the U.S. for people living in Cuba and vessels will be permitted to transport cargo from the U.S. to Cuba and then sail to other countries.

These changes come more than a year after President Obama's historic announcement in December 2014 to normalize relations with the communist nation. They also come before Mr. Obama is scheduled to visit the island next week. No sitting U.S. president has visited Cuba since Calvin Coolidge in 1928.

Last month, the U.S. signed an agreement with Cuba to resume operation of direct commercial flights between the two countries, which is expected to take effect later this year.

Correction: An earlier version of this story said that the new changes would allow Americans to bring the Cuban-made cigars and liquor back to the U.S. from Europe, but that's not the case. Americans would only be able to legally buy and consume those products in those countries.