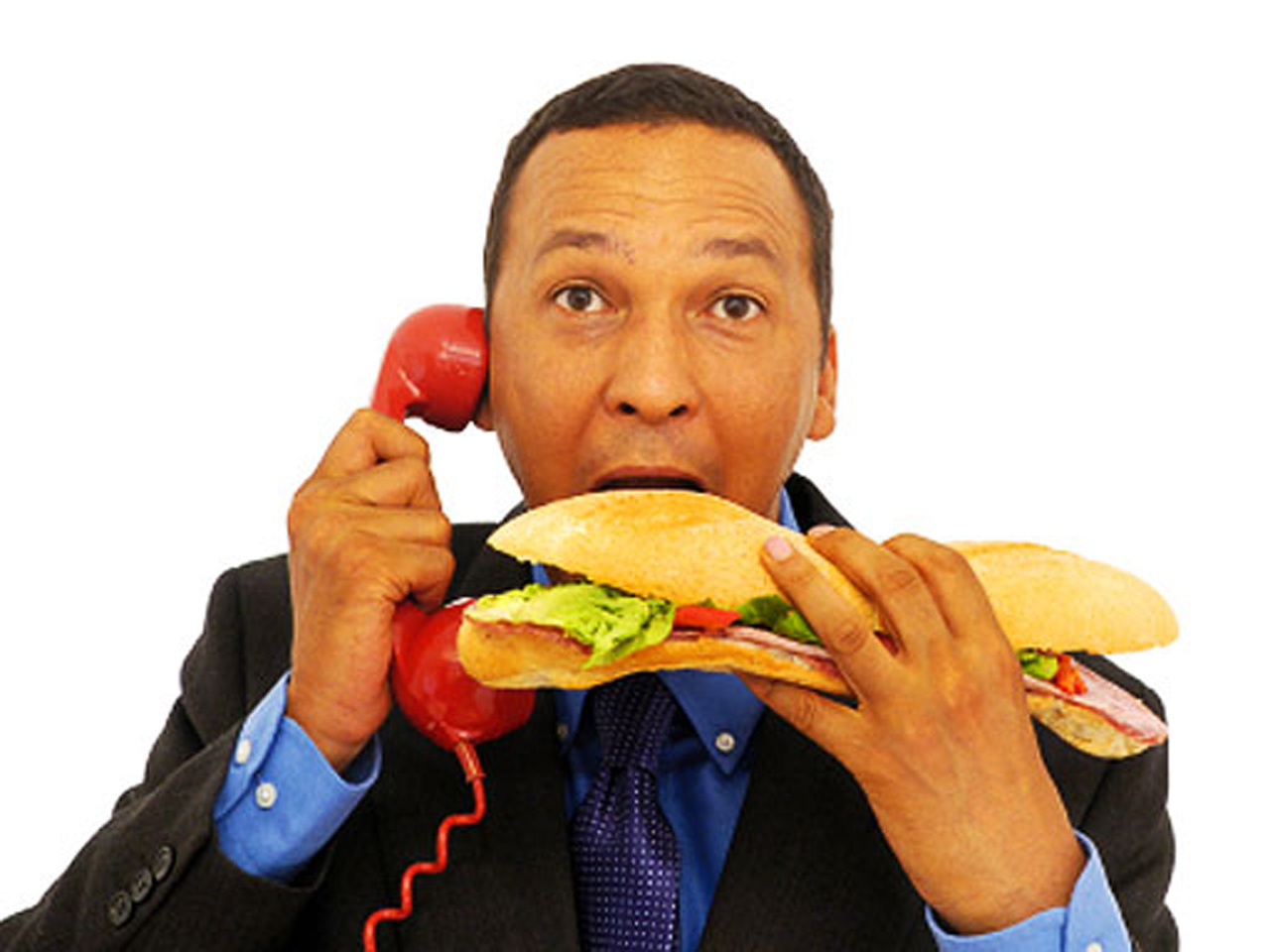 Eating lunch outside the office will relax you - but it may also hinder your job performance, according to new research.

Scientists at Humboldt University in Berlin say that eating at a restaurant with a friend reduces "cognitive control and error monitoring." By contrast, workers who ate alone at their desk had no such adverse effects.

The study, published in the journal PLOS ONE, tracked participants who ate alone at their desk and those who walked to a restaurant to lunch with a friend. Each group consumed the same exact meal but the desk lunchers ate their food under time restrictions.

A mood rating questionnaire showed "a relaxation effect of the restaurant as compared to the plain meal situation," the study said.

The study's authors said it was impossible to gauge the impact of each variable in the study, such as the social context (alone vs. with a friend), availability of time (limited vs. plenty) and environment (small office vs. spacious restaurant).

The researchers suggested that accountants and scientists who eat out may see their work performance decline - but artists may actually see benefits.

"Reduced cognitive control is a disadvantage when close self-monitoring of performance and detailed attention to errors is required, such as in laboratory and factory work or numerical processing," they wrote. "In other situations, an attenuation of cognitive control may be advantageous, such as when social harmony or creativity is desired."