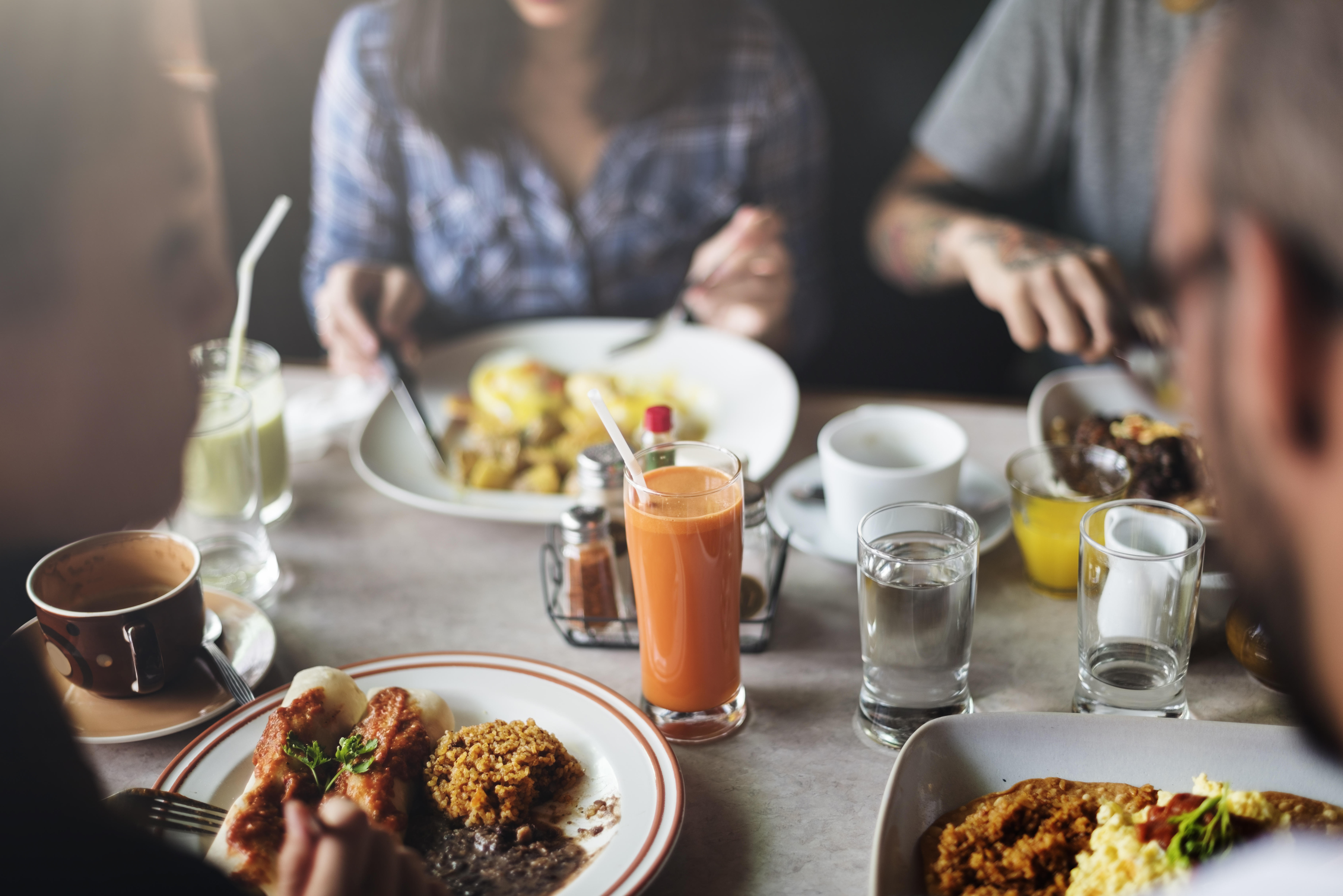 For most people, losing weight and keeping the pounds off is no easy feat. Research has shown in addition to diet and exercise, lots of other factors influence weight, including genetics, the amount of sleep a person gets, and certain medications.

Environmental and social factors can also play a role. New research looks at the impact of where a person eats, and found that for those trying to lose weight or keep it off, the temptation to overeat appears to be strongest when eating with others in social settings.

The study, presented at the American Heart Association’s Epidemiology and Prevention/Lifestyle and Cardiometabolic Health 2017 Scientific Sessions, followed 150 people trying to lose weight or maintain weight loss for 12 months. Participants — 90 percent of whom were women — used smartphones and a custom-developed app to capture data on their eating habits as they moved through their daily lives. That process of documenting behaviors on the spot is called ecological momentary assessment.

“This technology allows us to assess the person in their natural setting as opposed to bringing them into the research center, and also assesses in real time so you don’t have to rely on recall,” Lora E. Burke, Ph.D., M.P.H., study lead author and professor of nursing at the University of Pittsburgh, told CBS News.

The participants were aiming to limit calories to a specific number per day. Women in the study weighing less than 200 pounds were given a daily diet target of 1,200 calories, while men in that weight group had a target of 1,500 calories. For men and women weighing more than 200 pounds, the goal was 1,500 calories a day for women and 1,800 for men. Dieters tried to limit fat to about 25 percent of total calories.

In addition to reporting what they ate, they also made note of their surroundings and what their feelings were when they were tempted to eat something inconsistent with their diet plan. For example, they might note having a plate of French fries while out at a restaurant with friends, or eating several pieces of candy at the office.

The results showed that the chance of a diet lapse was about 60 percent when eating with others. Participants also had a 60 percent risk of overeating in a restaurant.

People were also more likely to lapse when they saw other people eating. By contrast, they had a greater chance of success at sticking to their diet plan when they ate alone — although they still lapsed almost 50 percent of the time.

Burke, who has tested various interventions for weight loss for over 15 years, says such research is important to help improve public health.

“One of the things I’ve noticed is that when people are very successful with losing weight, after about six months you see many people start to regain weight,” she said. “It’s very painful to watch this because of all the work people put in.”

Nina Crowley, a bariatric surgery dietitian at the Medical University of South Carolina, says the results of the study did not surprise her.

“I can’t tell you how many of my patients are able to set their intentions for their eating habits for the week on Monday, and can eat as planned when they are at work or at home, but after sticking to their plan for so many days, most get to the weekend and are ready to be less structured,” she told CBS News. “Less structured often means eating out, and when you don’t go in with a plan, this research shows that you are more likely to overeat.”

However, there are steps people can take to help stick to a weight loss plan while still enjoying social activities like going to a bar or restaurant.

First, Crowley suggests you avoid thinking of a diet as something you’re either “on” or “off.”

“For these ‘black and white thinkers,’ there is more temptation when you are out of your comfort zone and don’t have the skills to manage high-risk situations,” she said. “Viewing weight loss maintenance in a more flexible way than the active weight loss phase can allow you to build in meals away from home in your plan.”

If you indulge a bit, don’t give in to catastrophic thinking that now your diet is “blown” — it’s better to avoid the vicious dieting cycle of “all or nothing” thinking, Crowley says.

Also, planning your meals before eating out with friends can help you make healthier choices.

Crowley offers practical tips, such as making it a rule to look up the menu and nutrition facts online beforehand when you plan to eat out and not opening the menu when you’re actually at the restaurant. “Take the emotional part out of the decision-making, and then enjoy what you ordered and move on,” she said.

“Let’s say someone is at a restaurant and tempted to eat cheesecake. Then they’d go on their phone and click something and then get a personalized message back motivating them to stick with their plan,” she said. “With the technology today, we can create individualized responses for where people are and when they need it.”