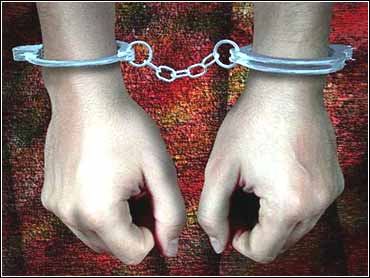 (CBS/AP) PALMETTO, Ga. - Ebony Daniel turned herself in to Palmetto police Tuesday after they issued a warrant for her arrest when they discovered that her 13-month-old grandson ingested cocaine while under her care, according to authorities.

Police said the 34-year-old grandmother turned herself in late Tuesday afternoon on charges of possession of cocaine, cruelty to children and reckless conduct. Police are reportedly still looking for her 22-year-old boyfriend, Charlie Martin, who was also caring after the grandson at the time.

Andrica Daniel, Ebony's 17-year-old daughter, said she took a shower Saturday when she asked her mother and Martin to watch her son, Jay'von Daniel. She reportedly said she knew something was wrong when she got out of the shower because Martin was looking for his crack cocaine.

Andrica took Jay'von to a children's hospital, where he tested positive for crack cocaine. The child was released from the hospital on Monday.