By S.L. Mintz of CBS MoneyWatch.com. 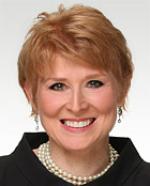 (MoneyWatch.com)
Today's cautious optimism sure beats the despair that gripped the stock market a few months ago, says chief economist Diane Swonk (at left) of Mesirow Financial. In her view, the markets reached a turning point in the second quarter, or one is imminent in the third quarter, driven more by the tapering off of bad news than the arrival of good news. But net job creation won't revive before December or January, "if we're lucky."

Swonk has a front-row seat on the nation's economy, sitting on several advisory committees to the Federal Reserve Board, its regional banks, and the Council of Economic Advisers for the White House. Most recently, she was reappointed to serve on the Congressional Budget Office's panel of economic advisers, and Swonk is also past president of the National Association for Business Economics (NABE), a title that Federal Reserve Chairman Alan Greenspan and several other Federal Reserve presidents have also held.

Here she discusses whether she thinks the market's recent rally is sustainable, which market sectors look good and which don't, and what could derail a recovery.

The markets are now about 50 percent off their lows. What do you think is going on?

It's a sign investor sentiment has shifted. We've moved from an Armageddon sentiment to a little bit more of a Pollyanna sentiment. I'd like to see something in between. But the trend is in the right direction overall. You're seeing some buoyancy in investor confidence relative to consumer confidence, versus a very bleak picture just five months ago.

Partly corporate profits that have surprised us on the upside while losses have not been as bad as expected. But also, for the first time in nine months firms are giving guidance on the future. At last they can see a horizon out there. The idea we have a future has really lifted investor confidence, perhaps a little more than it should given the fragile nature of recovery.

We still have a lot of headwinds to get through, though. Commercial real estate is still collapsing. The employment situation is far from healed. Job losses are abating, but we're not creating jobs yet. When you put all of those things together, I think we're a little overly jubilant in the markets right now.

When this jubilation settles, which market sectors do you think are most vulnerable?

Health care has not had a lot of losses but is starting to feel pain. We don't know what is going to come out of the health care bill in Congress. There will be winners and losers but it's still too soon to predict the outcome. For now there is a lot of uncertainty. I also think emerging markets are overdone. The U.S. has a remarkably creative economy, protections of ownership, a great legal system, and free movement of capital. Is that going to be true of Brazil, India, or China in two or three years? There's a feeling now that growth rates in China have been greatly overstated.

"Good" is the wrong word for that sector. I'm feeling less bad. We're coming from housing starts almost at zero, so there was nowhere to go but up. From such a level momentum is important, but builders are running at 20 to 25 percent of their capacity at the peak of the boom. So some will still have a lot of trouble.

Are there any market sectors you like near term?

There is a lot of potential in the U.S. financial sector. Let's face it, big banks have lost all their competition. Rivals in the so-called "shadow banking system" have failed or joined the formal banking system, subject to the same lending rules and restrictions. During the housing boom, near-zero interest rate spreads did not compensate banks for risk. But now that spreads have widened again, banks are the only game in town and well positioned to make more money. Unfortunately, they may make money by being a little tighter on their lending standards. That could make it tougher for any consumer to get a loan.

What about longer term?

Looking even further ahead, who's going to benefit from the recovery? We're going to resume a fairly strong export market, now that a weak dollar has made us more competitive. Infrastructure investments in the developing world should benefit companies in the construction industry. Also, agricultural equipment companies, who are strong exporters, took a hit. Now they're well positioned as the global economy recovers, not only to compete with rivals but also to increase their share of likely infrastructure investment in the U.S. and abroad.

How about the technology sector?

Technology has already begun to turn around worldwide. The only place we're not seeing any notebook computers or chips bought right now is in the Ukraine and parts of former Eastern Bloc countries hit hard by oil prices and loss of support from Russia.

We're also about to enter the next phase of technological revolution that will really leverage knowledge and smart technology. So technology is at play, and this time there are a lot more real winners than false winners that came out of the Internet bubble. Real winners not only generate revenues, they also earn profits. In the Internet bubble we had a lot of companies with revenues but no profits. At the end of the day, that does not get you anywhere.

What's on the horizon that could potentially derail a recovery?

Another round of credit tightening. We're not out of the woods yet. We have a lot of community banks that are going to suffer through write-offs related to higher unemployment and higher bankruptcy rates. Also, European banks have not taken all their losses, and they are in much worse shape than U.S. banks. If they falter, it could stunt recovery in Europe, which is a prime market for U.S. exports.

More from CBS MoneyWatch.com:
• Video: Wall Street Has Best July in 20 Years
• S&P Tops 1,000: Time to Sell
• Five Lessons Wall Street Still Hasn't Learned
• Why Those Jobs May Not Come Back
• What's Next: 4 Big Predictions for the U.S. Economy
• Video: Is the Recession Over?