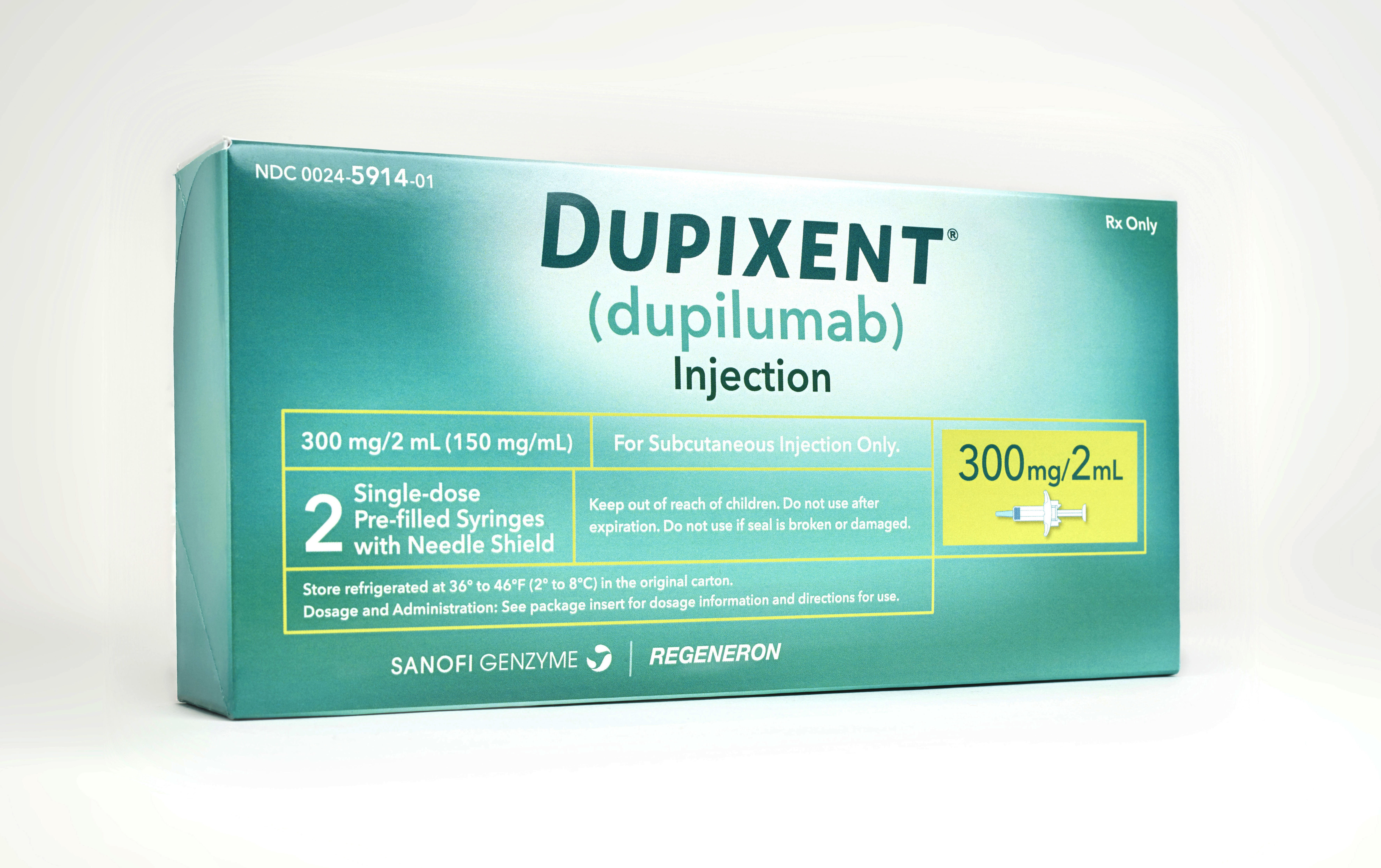 The Food and Drug Administration on Tuesday approved Dupixent (dupilumab) for moderate or severe eczema, which causes red, fiercely itchy rashes on the face, arms and legs.

In three studies of the drug including a total of 2,119 participants, one-third to two-thirds achieved clear or nearly clear skin. About 4 in 10 had itching decrease sharply, bringing better sleep and reducing anxiety and depression.

Dupixent will have an initial list price of $37,000 per year, according to Paris, France-based Sanofi SA and Regeneron Pharmaceuticals of Tarrytown, New York, which developed the drug.

Side effects can include cold sores and inflammation of the eye and eyelid.

The drug is an antibody that patients inject just under the skin every two weeks. It binds to a specific protein to inhibit the immune system’s inflammatory response. That’s why in many study participants, Dupixent also improved the asthma and hayfever common in eczema patients. It’s now in late-stage patient testing as an allergy treatment.

Eczema treatments have generally been limited to topical medications, steroid creams, moisturizers and ultraviolet light, plus antihistamines to relieve itching. Those work fairly well for mild eczema, but not the severe -- and most common -- form, also called atopic dermatitis.

Because of that, analyst Jeffrey Holford of Jefferies LLC wrote Tuesday that “market expectations for Dupixent are high given the unmet need in this patient group,” with sales expected to climb slowly to about $3.4 billion in 2025.

Eczema often begins in young children, and most grow out of it, said Dr. Lisa Beck, a dermatology professor at the University of Rochester Medical Center in Rochester, New York.

For others, the condition persists throughout adulthood, tormenting patients with relentless itching that triggers scratching, and with that, skin swelling, cracking, “weeping” of clear fluid and, eventually, thickening of the skin, according to the FDA.

“Many of these patients gave up on health care because we offered them nothing new for years and years,” said Beck, a member of the National Eczema Association’s scientific advisory board who participated in patient tests of Dupixent, also called dupilumab.

“It was a true game-changer” for many patients, Beck said, greatly improving their skin and quality of life.

Ashley Blua, 29, of Hermosa Beach, California, participated in one study and still gets Dupixent in an ongoing follow-up study.

Blua, who’s had eczema her whole life, said her eczema became much worse three years ago, covering most of her body. She had trouble focusing at work due to sleep deprivation, despite numbing her body with ice packs at night to reduce itching. She tried every topical cream, kept multiple changes of clothes in her car for when her skin bleeding seeped through blouses, and had frequent visits with dermatologist, allergists, a therapist and a psychiatrist.

Several months after entering the study nearly two years ago, symptoms started easing. Now she only has only a few eczema patches — and no more itching.

“Now that I can live a normal life again, I’ve gotten engaged and we’re getting married in August,” says Blua. She’s even planning to wear a white, strapless wedding gown.