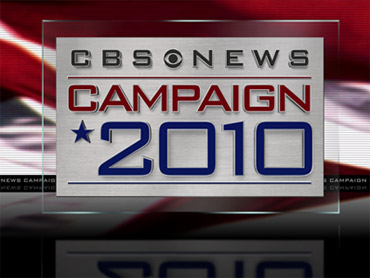 As Election night approaches, you can follow the action on your CBS television station, CBSNews.com and CBS News Radio.

This year, for the first time, CBS News will work with Google to showcase election search trends, as well as data from YouTube about popular political videos, to provide insights into Americans' thoughts and interests as the nation votes in this midterm contest. CBS News special election night coverage will also be live on the division's YouTube channel and access to CBS News' election night coverage will be available across the YouTube network.

CBS News' election special "Campaign 2010: Election Night" hosted by Katie Couric will kick off Tuesday, Nov. 2 at 10:00 PM, ET. Immediately following the broadcast, Couric will anchor a live webcast at 11:00 PM, ET that will feature extended analysis from the CBS News political team, interviews and special guests. Additionally, Couric will provide Campaign 2010 updates at the top of each hour throughout the night on TV, and  at 1:00 AM ET, Couric and the CBS News political team will continue full coverage on TV.

CBSNews.com will provide real-time national and state-by-state election results for all House, Senate and governor races, and live video of the candidates and from CBS News correspondents from across the country. In an interactive and easy-to-use format, the site will have instant race projections from the CBS News Decision Desk, along with state, district and county vote totals and exit polls. CBSNews.com's Election Center will be available on Election Night at https://www.cbsnews.com/election2010.

In addition, Political Hotsheet will provide breaking news and unique analysis from across the country for all the biggest storylines from the night. CBSNews.com reporters and contributors will break down what the election means-- for the country, the Congress, the president and everything in between.

CBSNews.com's exclusive coverage will also be available across social media platforms on Election Night. Senate, House and gubernatorial results will be available on Facebook and constantly updated on Twitter (@cbsnewhotsheet). In addition, CBSNews.com will incorporate feedback from users on social media and YouTube.

CBS News Radio will offer continuous coverage of the election, and for the first time radio reports will be featured across its partners including AOL Radio, Radio.com and the CBS Radio iPhone App.

CBS News Radio continuous coverage will be anchored by CBS National Correspondent Dan Raviv and will feature top name newsmakers from both major political parties, as well as political analysts, including reporters from Politico.com and CBS News Correspondents. Coverage will follow races coast-to-coast, with up-to-the-minute news and polling, commentary and analysis.