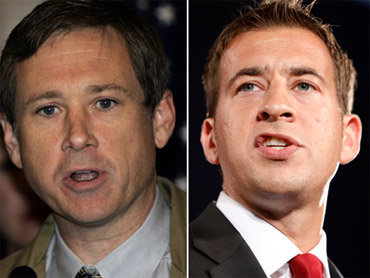 (CBS/AP) One of the year's ugliest, knock down political fights has come to a close and Republican Mark Kirk stands the victor.

That's according to a CBS News projection of the race.

From early on, Democratic state Treasurer Alexi Giannoulias and Kirk, a five-term Congressman, went at it.

The Senate candidates highlighted each others' weaknesses in negative campaign ads -- the Giannoulias family's bank failure and questionable loan practices, and Kirk's acknowledged embellishment of his military record.

The mud had it's effect.

More than a third of Illinois voters saw neither of the candidates as honest and trustworthy, according to preliminary exit polls. Fully half of the voters said each candidate attacked the other unfairly.

Voters, tired of the negative campaigning, were generally doubtful that either candidate could pull Illinois out of its devastating financial mess.

Illinois Democrats already lost Congressional seats, according to CBS projections, part of a Republican wave projected to take control of the House.

Republicans see their victories as a repudiation of Barack Obama, who lives in Illinois and was a senator there before winning the presidency. The Kirk triumph is icing on their cake.