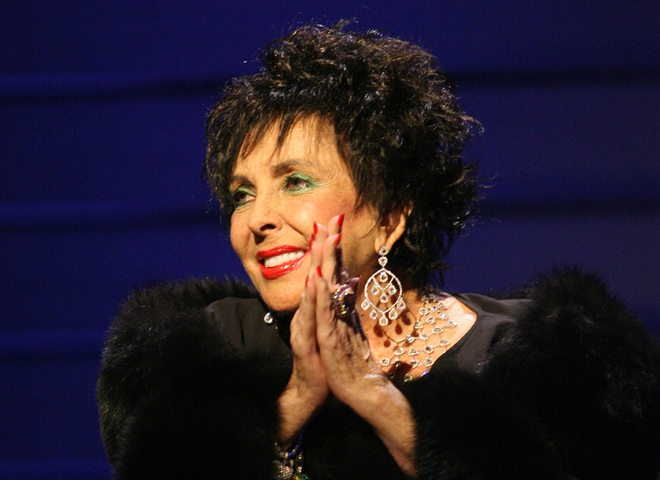 LOS ANGELES - Elizabeth Taylor's treatment for congestive heart failure will likely cause her to spend another few days in a Los Angeles hospital, a spokeswoman for the Oscar-winning actress said.

Taylor was resting comfortably and had been receiving family and friends in her room throughout the weekend at Cedars-Sinai Medical Center, spokeswoman Sally Morrison said Sunday.

The 78-year-old Taylor was admitted late last week and was being treated for symptoms caused by congestive heart failure, a condition she disclosed in November 2004. Morrison did not offer details of the treatment.

It was not clear exactly how long Taylor would be in the hospital but if her past treatments are any indication it could be for several more days.

"At this stage, with her history, they're going to want to keep her in for a while just to make sure they've fixed what they needed to fix," said Morrison.

But she's been just as famous for her eight marriages — including two to Richard Burton — and her lifelong battles with substance abuse, weight and physical ailments, including numerous visits to the hospital for more than 20 major operations and countless treatments.

The actress had near-fatal bouts with pneumonia in 1961 and 1990, and another respiratory infection forced her to cancel all engagements for several weeks in late 1992. She had both hip joints replaced in 1994 and 1995.

Her 2004 diagnosis for congestive heart failure, compounded with spinal fractures and the effects of scoliosis, left her nearly bedridden. She's also battled ulcers, amoebic dysentery, bursitis, and had a benign brain tumor removed in 1997. In recent years, she has had to use a wheelchair when out in public.