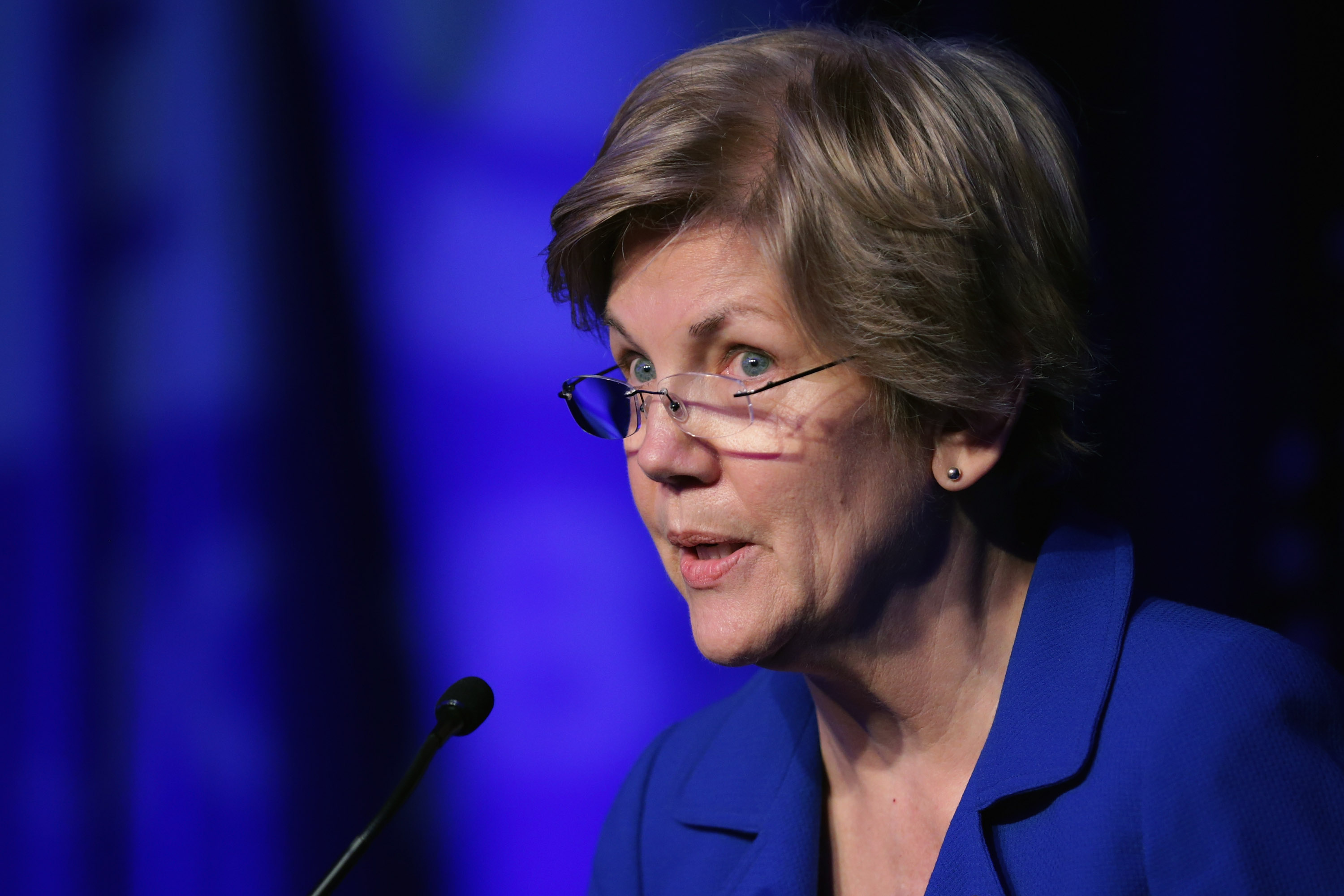 Republican front-runner Donald Trump is fond of calling people "losers" on Twitter--and on Monday, he got the same treatment from Massachusetts Sen. Elizabeth Warren.

Warren, the liberal icon, took to Twitter and Facebook to denounce the GOP businessman in her most extensive criticism yet, saying Trump is a "loser" who "stands ready to tear apart" many key American values.

"Let's be honest--Donald Trump is a loser," she wrote on Facebook. "Count all his failed businesses. See how he kept his father's empire afloat by cheating people with scams like Trump University and by using strategic corporate bankruptcy (excuse me, bankruptcies) to skip out on debt."

She went on to criticize his handling of his family's money:

She continued by noting the offensive comments he's made about various groups like immigrants, women and Muslims, saying his victories thus far should be a "wake up" call.

"Trump seems to know he's a loser," Warren continued. "His embarrassing insecurities are on parade: petty bullying, attacks on women, cheap racism, and flagrant narcissism. But just because Trump is a loser everywhere else doesn't mean he'll lose this election. People have been underestimating his campaign for nearly a year -- and it's time to wake up."

Warren said so much is at stake in the 2016 campaign, like the Supreme Court, health care, Social Security and entitlements, and affordable college tuition.

"More than anyone we've seen before come within the reach of the presidency, Donald Trump stands ready to tear apart an America that was built on values like decency, community, and concern for our neighbors," she wrote. "Many of history's worst authoritarians started out as losers--and Trump is a serious threat. The way I see it, it's our job to make sure he ends this campaign every bit the loser that he started it."