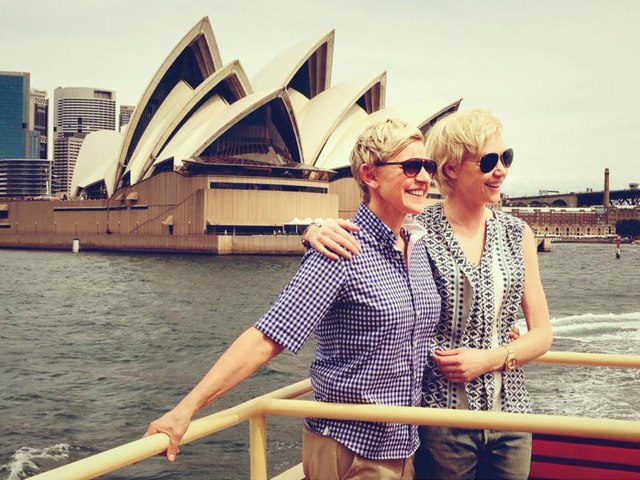 Ellen DeGeneres is so excited to be Down Under, she's even tweeting that way.

"The Ellen DeGeneres Show" host's Twitter account had an upside-down message Friday saying, "I made it to Australia!"

DeGeneres is visiting Sydney and Melbourne on a six-day trip to the country to film segments for her popular talk show.

She and wife Portia de Rossi greeted fans at the Sydney airport upon their arrival. Photos posted on the show's website and social media accounts showed the couple in front of the Sydney Opera House and DeGeneres looking at koalas and a giraffe at Sydney's Taronga Zoo.

"The Ellen DeGeneres Show" is in its 10th season, and was recently renewed through 2017. DeGeneres was honored with the Mark Twain Prize for American Humor last year.