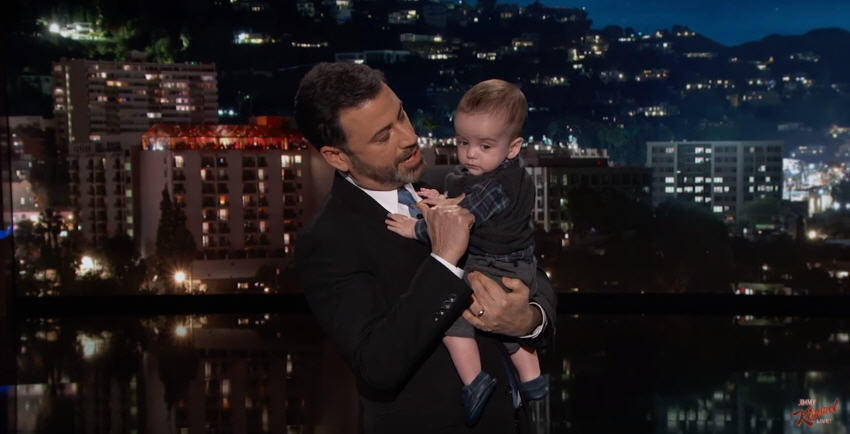 Ellen DeGeneres surprised late-night host Jimmy Kimmel with a gift that honors his son. Kimmel has been open about how his son Billy needed heart surgery right after he was born. He has also championed the care Billy got at Children's Hospital of Los Angeles -- so Ellen got a room on the heart institute floor named in Billy's honor.

"That will forever be the Billy Kimmel room," DeGeneres said as Kimmel got choked up.

Several nurses who have cared for Billy also appeared on "The Ellen DeGeneres Show," and Kimmel joked they should "get back to work."

DeGeneres urged her viewers to raise another $1 million for the hospital. They previously donated when Kimmel's son was in the hospital.

On his own show, Kimmel gave an emotional monologue last year about how scary it was for his family when Billy needed surgery. He's also urged Congress to restore the Children's Health Insurance Program and said it was "disgusting" that Congress put tax cuts ahead of the lives of children.