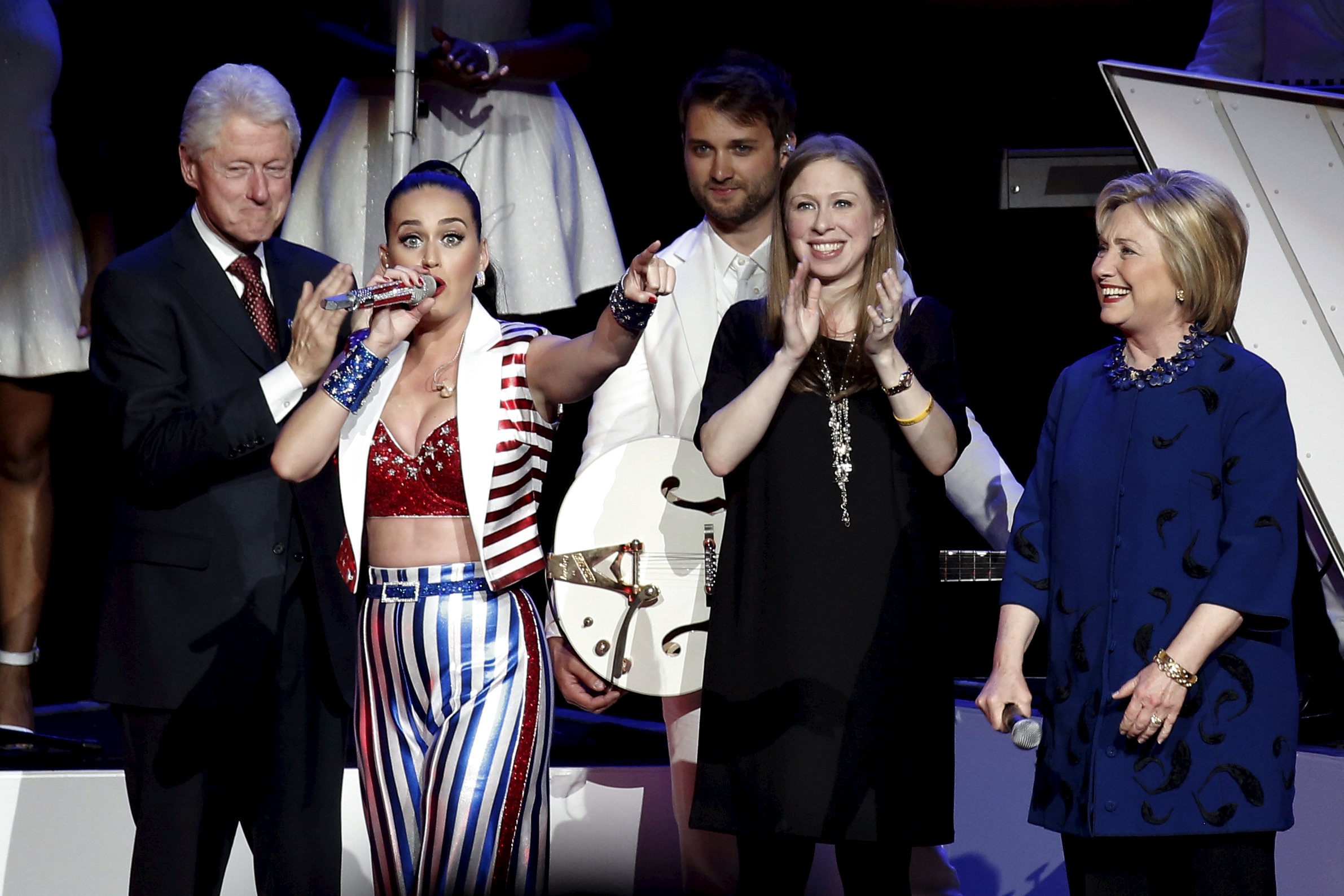 And when Perry belted out her own dedication to Clinton, with her hit "Unconditionally," she told the crowd: "I sing this next song for her because I do believe this woman shows unconditional love."

R&B artist Andra Day also performed at the concert, singing "Rise Up." Other stars to make an appearance included Jamie Foxx and Julianne Moore, who introduced Chelsea Clinton to the cheering crowd.

The former secretary of state gave only brief remarks at the concert, saying that her presidential run was meant to "break down barriers."

The concert benefited the Hillary Victory Fund, a joint fundraising effort that pairs the Clinton campaign with the Democratic National Committee and various states' Democratic committees.