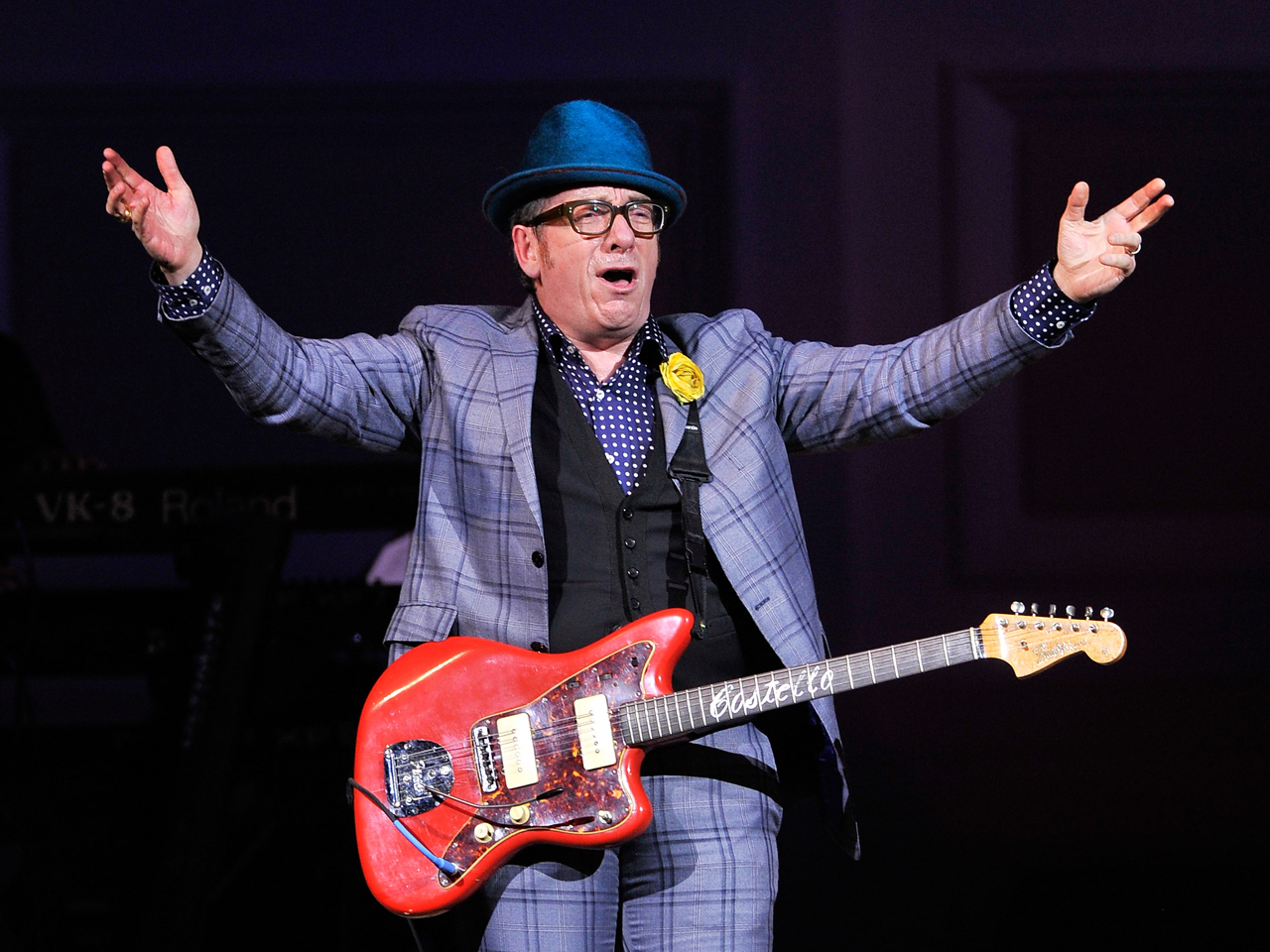 They partied like it was 1999 -- the audience and the musicians -- at a Prince tribute concert at Carnegie Hall.

More than 20 performers, including Elvis Costello, The Roots and the Waterboys, paid tribute to the pop icon in a two-hour-plus concert Thursday night. They all joined together onstage to close the show with "1999."

Singer D'Angelo took the lead while putting his arm around Bettye LaVette, Chris Rock and Costello clapped hands side-by-side, and comedian-actress-singers Maya Rudolph and Sandra Bernhard danced in a silly manner - all while the crowd cheered on.

Many of the performers got into character as they sang signature Prince tunes. Soul singer Bilal was wild on "Sister," singing in various tones like a mad man and thrilling the crowd. Bernhard, in her leather pants, shimmery shirt and shiny shoes, impressed on "Little Red Corvette" as she skipped around onstage and belted high notes. And singer-songwriter Kat Edmonson captured the audience with "The Beautiful Ones," standing still and singing with only a pianist onstage.

It was one of the only times The Roots weren't backing up other performers throughout the concert, which raised $100,000 for music education programs.

Ahmir "Questlove" Thompson jammed on the drums and even took photos of a pregnant Rudolph when she danced with one hand on her belly and the other stroking her hair. Rudolph, who sings Prince covers under the moniker PRINCEss with Gretchen Lieberum, screeched on "Darling Nikki" and didn't slow down while performing choreography in heels.

Few words were said to the audience, though Rock thanked the crowd "for coming" toward the end of the show.

He impersonated Prince, too, when reciting the lyrics to "If I Was Your Girlfriend" with sass. Comedian-actor Fred Armisen took on many roles: He recited lyrics from "Let's Go Crazy," played the drums while the Blind Boys of Alabama sang "The Cross" and offered light vocals during "It's Going to Be a Beautiful Night" alongside D'Angelo.

Most of the musicians wore black onstage, though LaVette rocked a purple blazer while singing "Kiss." Other performers included Eric Leeds, Nina Persson and Talib Kweli. Wendy Melvoin of the Revolution played guitar throughout the night, while St. Paul Peterson and Susannah Melvoin - dancing wildly in a white suit - performed "High Fashion/Mutiny."