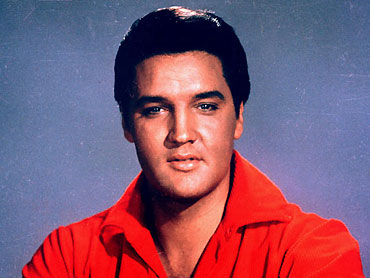 NEW YORK (CBS/AP) Copyright infringement lawsuits are being filed against men in Florida and England on behalf of Elvis Presley Enterprises, which wants to stop the selling of a DVD and CD box set.

Joseph Pirzada is being sued for allegedly selling a CD box set of recordings and footage of Elvis Presley's performances.

Elvis Presley Enterprises, a Memphis-based company that operates in Graceland, Elvis'  former home in Memphis, said the set in question includes footage from a 1977 television special called "Elvis in Concert" and raw footage from Elvis in Omaha, Neb., and Rapid City, S.D, materials which the company owns copyrights for. As a result, the company filed a copyright infringement lawsuit against him in the Chancery Division of the High Court in England and Wales.

With prior court authorization, company leaders and computer experts searched Pirzada's home on Jan. 25 for evidence of the sale and distribution of the box set. An e-mail sent to a recording company, listing Pirzada as its owner, was not immediately returned.

The company also sued Bud Glass, who previously published an Elvis book and DVD series, on Feb. 2, claiming he illegally sold the Pirzada box set in the United States. An e-mail sent to Bud Glass Productions on Tuesday afternoon was not immediately returned. The lawsuit was filed in U.S. District Court in the Northern District of Florida.

The company said it's considering filing further lawsuits against other members who may have been involved in the illegal manufacture, sale and release of the box set and other bootleg materials.

These are not the only incidents surrounding Elvis and his intellectual property. Elvis Presley Enterprises sued Agostino Carollo, also known as DJ Spankox, for an alleged breach of contract and trademark infringement related to a Christmas remix album that used the company's trademarks, logos, and photographs.

Although the company agreed to allow Carollo to sell his first album of Elvis' remixes in addition to a follow-up album in 2008, it did not agree for Carollo to release the Christmas remix album in 2009. As a result, the company was granted a hearing in the England and Wales chancery court and allegedly won, according to the company.

On Feb.1, the British court told Carollo that he must pay the damages and attorney fees for infringing on the company's trademarks and is barred from any continued infringement.

Presley is not the only celebrity whose post mortem earnings have furthered his reputation as a legendary figure. According to Forbe's list of dead celebrity earners, other figures include singer Michael Jackson at No. 1, earning $275 million since his death in 2009, and Beatles member, John Lennon at No. 5.