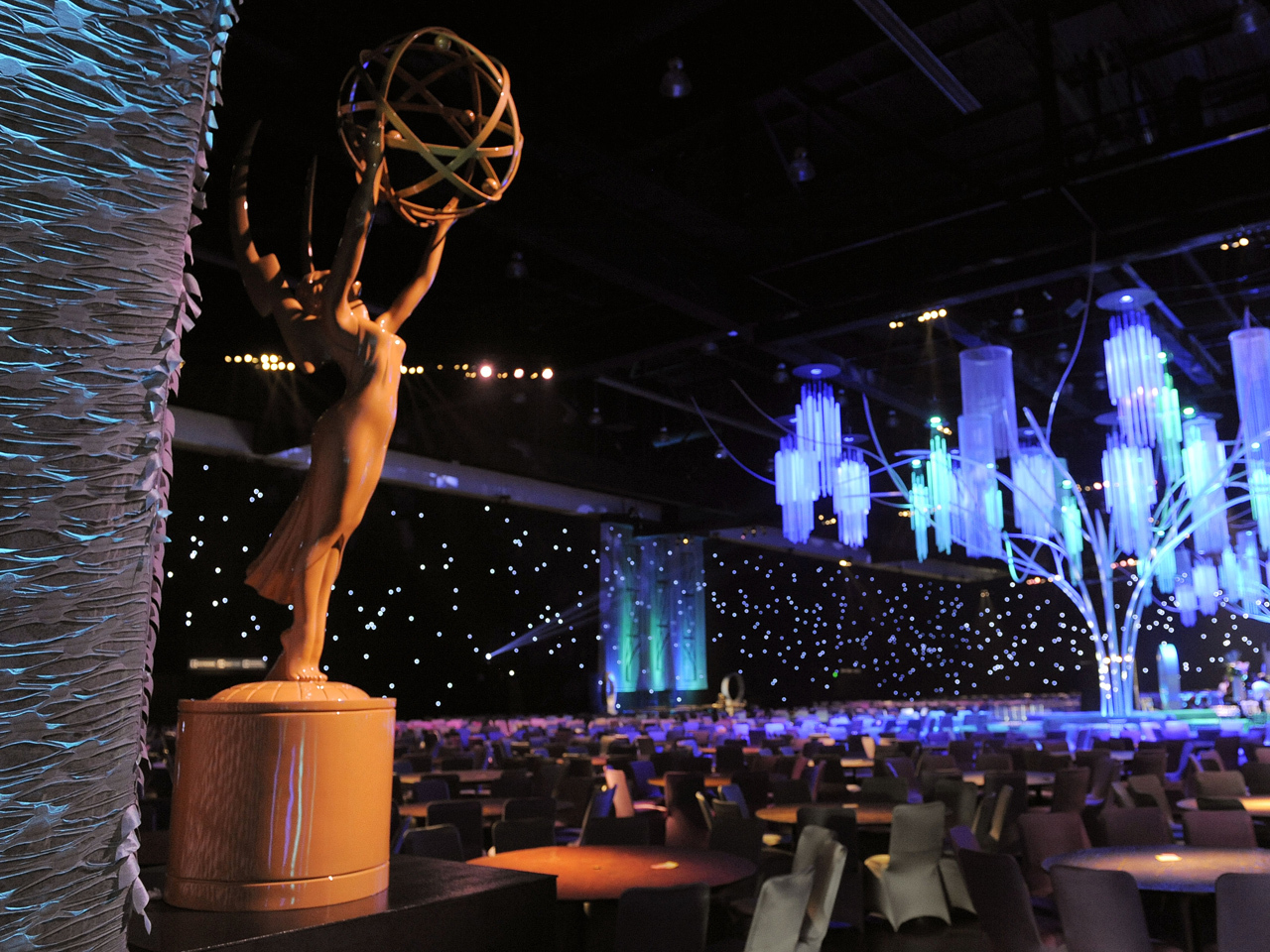 Stars from comedies, dramas and late-night TV are gearing up for the 65th Primetime Emmy Awards, set to air live Sunday starting at 8 p.m. ET on CBS.

Hosted by Neil Patrick Harris, the gala will be held for the sixth year at the Nokia Theatre in downtown Los Angeles.

"There's a lot of awards, so I thankfully don't have to do a lot of work," Harris told The Associated Press. "I get to come up with some funny one-liners."

When the Emmy Awards nominations were announced in July, "American Horror Story: Asylum" led the pack with the most honors -- 17. Close behind was "Game of Thrones" with 16 nods, while "Saturday Night Live" and the Liberace biopic "Behind the Candelabra" had 15 nominations each, including nods for the HBO movie's stars Michael Douglas and Matt Damon.

Mickey O'Connor, editor-in-chief of TVGuide.com, told CBSNews.com there's a "continuing trend of movie actors getting a series or moving into television and that's reflected in the nominees."

And this year's ceremony could make history. If the Netflix series "House of Cards" were to win best drama series, for example, it would mark the first time the Emmys recognizes a program delivered online in a major category. "House of Cards" also has Kevin Spacey and Robin Wright in the running for acting statuettes.

"I think everyone sort of expected that Netflix might break through...The Academy actually changed the rule in 2007 to allow for these types of online series but this is the first time that it's really broken through," said O'Connor.

Other stars will help the Emmys will take the stage to look back on notable TV moments. Carrie Underwood and Don Cheadle will host a special segment for television of the 1960s, marking the impact of the coverage of President John F. Kennedy's assassination in Dallas, Texas, on Nov. 22, 1963 and The Beatles' debut appearance on "The Ed Sullivan Show" on Feb. 9, 1964. Elton John, meanwhile, will pay tribute to Liberace.

Some Emmy honors were already handed out at Sunday's Creative Arts Emmys ceremony, which recognizes technical and other achievements such as costume design. HBO's Liberace biopic "Behind the Candelabra" was that night's top-winning individual program, while Newhart took home his first-ever Emmy for his guest role on CBS' "The Big Bang Theory."

Tell us: What are you most looking forward to seeing at the Primetime Emmy Awards? And vote for your picks in the polls below!