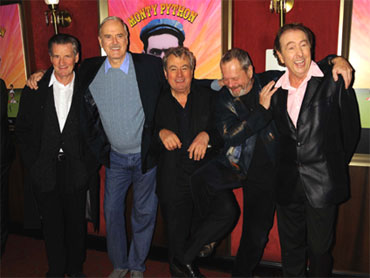 The flag atop the White House again marking a national tragedy, President Bush Saturday spoke to a shocked nation and bereaved families to honor the seven astronauts killed in the space shuttle disaster.

"These astronauts knew the dangers, and they faced them willingly, knowing they had a high and noble purpose in life," he said in his televised remarks.

The president was outside Washington at the Camp David presidential retreat when he learned of the accident and quickly returned to the White House, reports CBS News Chief White House Correspondent John Roberts.

Early on, the president was assured by his advisers that Columbia's demise appeared to be a terrible accident, with no hint of terrorism.

Mr. Bush then spoke personally to the families of six of the astronauts.

"I want you to know there are millions of Americans praying for you, including me and Laura," he told them. "I hope that brings you some comfort."

The families were listening on a speakerphone at the Kennedy Space Center.

An official who was in the Oval Office said it was a highly emotional scene as the president told the families, "I wish I was there to hug and cry and comfort you right now."

He spoke of a nation's prayers. After the five minute call there was a somber moment when the president stepped into his private study before rejoining his advisers.

Later, during his speech to the nation, the president's eyes were glistening as he asked god to bless the astronaut's families.

"The same creator who names the stars also knows the names of the seven souls we mourn today," he said. "The crew of the shuttle Columbia did not return safely to Earth; yet we can pray that all are safely home."

Aides don't like to describe the president's emotions, but one longtime associate said Saturday a very somber day for Mr. Bush.

The president issued a proclamation — titled "Honoring the Memory of the Astronauts Aboard Space Shuttle Columbia." It lists the names of all the victims and orders flags flown at half-staff through next Wednesday.

Late Saturday, the White House was staying in close touch with the shuttle debris recovery effort centered in Texas and surrounding states.

The disaster — and the thousands of questions it will prompt — are new challenges for a president already burdened by several crises: looming military action with Iraq, the ongoing war in Afghanistan and a new request to send combat aircraft and bombers to the western Pacific to counter the increasing nuclear threat from North Korea.

Mr. Bush would not predict what immediate effect the shuttle crash would have on the space program, but he did vow that the cause for which the seven astronauts died would continue.

"Mankind is led into the darkness beyond our world by the inspiration of discovery and the longing to understand. Our journey into space will go on," he said.

Spokesman Scott McClellan said White House chief of staff Andrew Card talked to the NASA director Sean O'Keefe "very soon" after the shuttle was lost, which was about 9 a.m. EST. Mr. Bush talked to O'Keefe shortly after that.

After making the 90-minute drive from the Maryland's Catoctin Mountains, the president stepped out of a sports utility vehicle and strode to the Oval Office in a cold drizzle. Later he went to the White House residence with Card.

Under an executive order signed recently by Mr. Bush, Ridge is the coordinator of all domestic incidents of this magnitude, even when terrorism is not suspected.

Ridge immediately contacted O'Keefe, Mike Brown of the Federal Emergency Management Agency, and officials at the military's Northern Command. He determined that FEMA, which becomes part of his department March 1, would be the lead agency for response and recovery.

The Northern Command will offer assistance. It was created by the Defense Department after the Sept. 11, 2001; terrorist attacks solely to defend U.S. territory.

FBI spokeswoman Angela Bell also said there was no indication of terrorism. She said the FBI would have a tangential role in the investigation, mainly assisting in evidence recovery.

Another official said no threat had been received against the flight, and the shuttle, at an altitude of about 203,000 feet over north-central Texas when it lost contact, was out of range of surface-to-air missiles.

A senior law enforcement official, also speaking on condition of anonymity, said there had been some intelligence that raised concerns about a previously scheduled flight of Columbia, which was to have carried the same crew.

The intelligence, related to Israeli astronaut Ilan Ramon, was termed not credible, but the flight was postponed for other reasons. There had been no troubling intelligence regarding this flight, officials said.

Vice President Dick Cheney was briefed Saturday morning in Texas, where he was spending the weekend hunting, said spokeswoman Jennifer Millerwise. She said he was following the television coverage. Millerwise would not say where Cheney was staying, but said it was not in the part of Texas area where the shuttle was lost.

On a normally slow day, White House officials were scrambling to get into the office.

"We're all watching TV and devastated and concerned," said John Marburger, head of the White House Office of Science and Technology Policy.