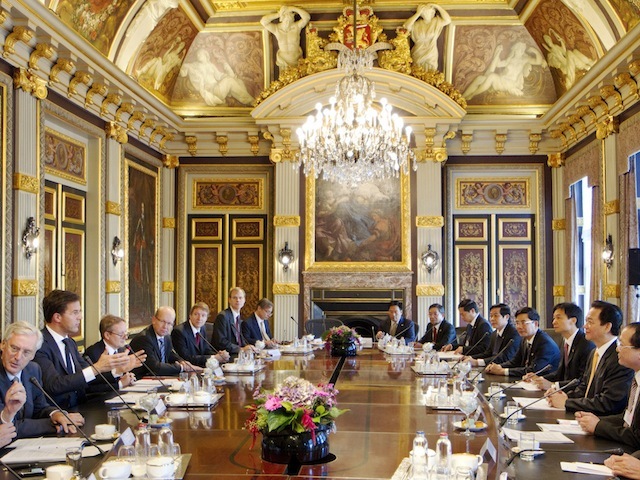 (MoneyWatch) COMMENTARY The lead-in to the cable news story was an attention grabbing, "With prices at the pump skyrocketing, how do you think our Energy Secretary would grade his job performance?"

My immediate thought was, if it was me, I'd give myself an "F," no doubt about it.

I guess Energy Secretary Steven Chu doesn't have the same views on management and accountability that I do.

He gave himself an "A-" for his "management of the DOE resources over the last three years" and "a little higher" than that for the way he's "controlling the cost of gasoline at the pump."

Appalling as that sounds, I have a far bigger problem with the logic behind the grade. Chu didn't have any particular metric in mind; he thinks he deserves an "A" because he's doing the best he can. That's fine for a first grader, but not for the guy who runs the Department of Energy. And yet, he said this to a House oversight committee on Tuesday:

Well, the tools we have at our disposal are limited, but I would say I would give myself a little higher [than an A-] in that since I became Secretary of Energy. I've been doing everything I can to get long-term solutions.

Now, I don't want to get into a debate here about how much control the guy does or doesn't have over prices at the pump, which administration is responsible for the situation we're in, or even the relative merit of the current administration's green energy policy. That's another story for another day.

The point here is simple. When you're a leader, the buck stops with you, no excuses. At least that's the way it should be.

I wouldn't have a problem if Chu had given himself an "F" and then went on to explain why he thinks his current long-term strategy is the right one. At least then he'd sound like a leader who understands his level of responsibility and to whom he's accountable. That's what I would have done.

Now, I might take this in the direction of why academics like Chu are probably better suited for research than management or leadership, but that would be a gross generalization and that's not where I want to go today. Today, I've got bigger fish to fry.

You see, I think far too many corporate executives are getting away with the same sort of garbage. What I'm referring to is big company executives with out-of-control compensation packagesregardless of how the company actually performs. Even worse, huge CEO exit packages that further incentivize failure.

And while the practice is not as pervasive as the mainstream media would have you believe -- it's far more common and pronounced at very large companies in certain industries -- it does indeed occur. And it demonstrates exactly the same thing we saw in Chu: a top-down entitlement mentality.

None of this changes my message that people are only entitled to what they worked for. But it does make people tone-deaf to that message when leaders are tone deaf to their own accountability.

When business executives and government leaders think they're entitled to huge paydays or an "A" grade when they've clearly failed their stakeholders and constituents in every measurable way, what kind of behavior do we expect from the masses?