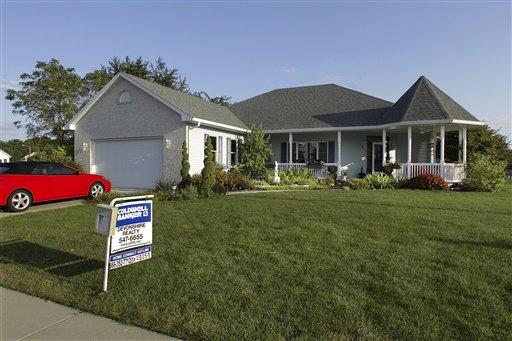 The Environmental Protection Agency, following a congressional mandate, finalized plans Tuesday for new standards to boost the use of renewable fuels such as ethanol and biodiesel.

Refiners will be required to use at least 7.5 billion gallons of renewable fuel in gasoline by 2012, the EPA said.

The rule, authorized in an energy law signed by President Bush in 2005, also requires that 4.02 percent of gasoline sold or dispensed to U.S. motorists in 2007 be renewable fuel, or about 4.7 billion gallons. That is more than 1 percent higher than required last year.

The announcement came a week after the Supreme Court declared that carbon dioxide and other greenhouse gases are air pollutants under the Clean Air Act and said the EPA has the authority to regulate those emissions from new cars and trucks.

EPA Administrator Stephen Johnson said the agency was evaluating what actions it would take as a result of the Supreme Court decision. He said it was premature to outline any steps the EPA might take.

Bush administration officials instead sought to build support for the president's goal of reducing gas consumption by 20 percent over 10 years. Mr. Bush's plan would try to increase the use of alternative fuels to 35 billion gallons by 2017 and boost fuel efficiency standards in new vehicles.

Supporters in Congress pushed the renewable fuel requirement in 2005 to boost the use of ethanol, which is commonly made from corn, and biodiesel, which is frequently made from products such as vegetable oil.

The EPA said the new law has led to increased production of ethanol and projected that by 2012 renewable fuels would reach more than 11 billion gallons, or about 3.5 billion more than required under the plan.

Environmental groups noted that vehicles using ethanol blends get 20 to 30 percent fewer miles per gallon than with gasoline and argued that the administration needs to implement significant increases in fuel economy standards for vehicles.

"The president has said he wants to increase vehicle efficiency 4 percent per year, but his fuel economy rules over the past six years raised light truck standards only half that much," said Philip Clapp, president of the National Environmental Trust. "Without specific mileage targets, there's no guarantee consumers will ever see cars that are significantly more fuel efficient."

EPA said the new standards are expected to reduce carbon monoxide emissions from gasoline-powered vehicles and equipment by 0.9 percent to 2.5 percent and greenhouse gas emissions by 8 million to 13.1 million tons by 2012.

But the agency said other smog-forming vehicle emissions could rise with the increase in the use of renewable fuels. EPA estimated the standards could cause a 41,000 to 83,000 ton increase nationally in volatile organic compounds plus nitrogen oxide emissions, with effects varying by region.

Ethanol helps reduce carbon monoxide during the winter but can increase smog levels in the summer. Ethanol releases more nitrogen oxides, a key element of smog, and evaporates more easily than gasoline, adding other air pollutants.

Frank O'Donnell, president of Clean Air Watch, called the regulations a "mixed bag." He predicted the standards "will marginally decrease greenhouse gas emissions, but it will mean more smog in many states."