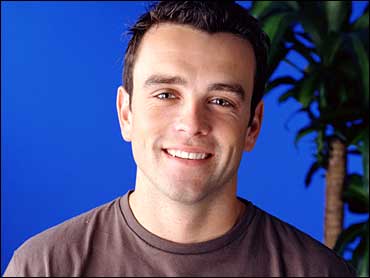 
This was a rather boring and predictable episode. Sure, there was talk of a band of rebels voting out Rupert, but I don't think he would have been out even if he lost immunity. It's not because there is this great love of Rupert, but it's the fact that they could wait one or two episodes before making their move.

Why Ryan is Gone:

1. He didn't think strategically until it was too late. Last episode, he pinned his hopes on Lillian staying loyal, which obviously was a losing proposition. It's not like there weren't a lot of potential partners out there. Andrew at least tried to make a deal with Rupert.

2. He was seen as a jerk. I don't think this vote off had much to do with him being a physical threat. It's not like he was going to win eight straight challenges and win the game. Darrah or Tijuana could have easily gone here, but he was apparently mean to Christa and Rupert isn't going to stand for that.

3. Immunity Challenge. This type of contest didn't favor him, but he should have gone right at Rupert. People see Rupert as a threat and they might have seen this as their one opportunity to boot him. Plus, it would have sent a message to Burton and Jon that he was serious. A fault here is that he only got to answer one or two questions.

8. Darrah: She's one of only two remaining Morgans and hasn't shown any sense of strategic intelligence. She also mouthed off at tribal council and is seen as lazy.
Potential Allies: Tijuana, Jon, Burton, and Lillian.

7. Tijuana: In a similar position to Darrah, but didn't speak out at tribal council and is better friends with Lillian.
Potential Allies: Darrah, Jon, Burton, and Lillian.

6. Burton: He's a physical threat, but likely couldn't win enough challenges to stay in the game. There is a lot of resentment towards the returned castaways and no one wants to see them win. He might have missed out a chance to make it to the final four if he helped take Christa out.
Potential Allies: Darrah, Jon, Tijuana, Lillian and Rupert.

5. Jon: Jon is in an interesting situation. He is the most strategically inclined of the remaining eight players, but the least trusted. In a very smart move, he has given himself the complete flexibility of joining any alliance he wants and being a swing vote. The only problem is that he is going to have to make a decision soon. Also, there is no way he wins this game unless the jury is made up of 17 year old girls.
Potential Allies: Darrah, Tijuana, Lillian, Burton, Rupert, Christa and Sandra.

4. Lillian: She also has great flexibility and has Burton protecting her for the time being. If she gets to the final two, she has an excellent chance of winning because of her kind nature. Still, there is the resentment factor.
Potential Allies: Darrah, Tijuana, Jon, Burton, Lillian, Rupert, Christa and Sandra.

3. Rupert: He is the provider of fish and more beloved than Burton if it comes down to a vote based on being a physical threat. However, he often plays the game too emotionally and does not see the scheming of Christa and Sandra.
Potential Allies: Jon, Christa, Sandra, Burton, and Lillian.

2. Christa: She has a ton of options available to her and has gotten to that point without having to have lied to anyone to their face. She can create an all female alliance or stay with the Drake coalition.
Potential Allies: Darrah, Tijuana, Lillian, Burton, Rupert, Jon and Sandra.

Alliance Update: Based on what we have seen:

Tijuana and Darrah: They don't have the numbers, but one of the two other alliances would need them to make a move.

Burton, Lillian and Jon: Burton and Lillian only strengthened their commitment to each other during the breakfast. For them, the alliance with Jon is one of convenience.

Christa, Sandra and Rupert: Not as tight as originally thought, but still a relatively loyal faction that has had the support of Burton, Lillian and Jon in the past.

Prediction for Next Week:

All of this talk of a coup is all smoke and mirrors. Darrah is voted out in another blowout.