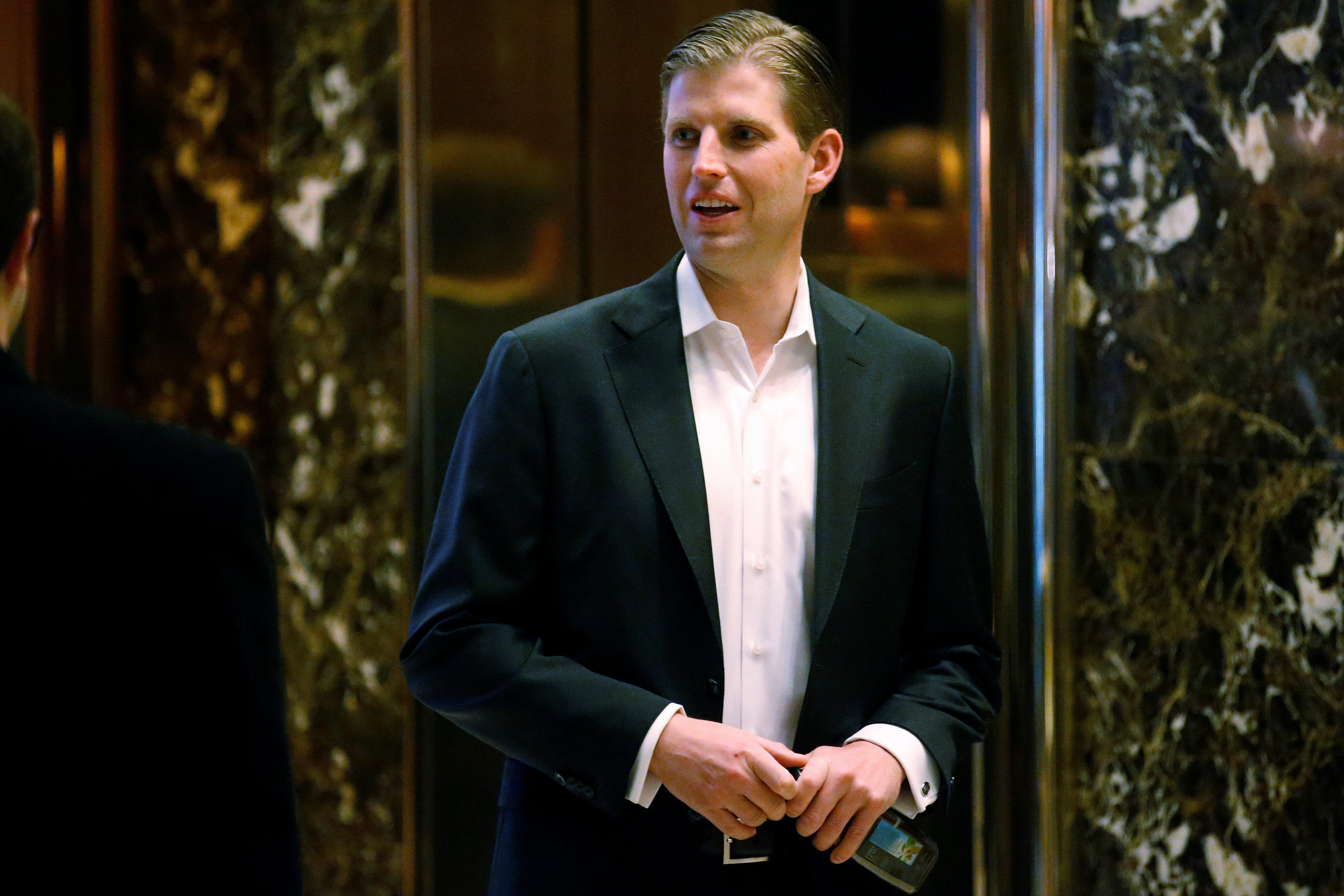 Oxon Hill, Md. -- Broward County, Florida, came up in Eric Trump's speech at the Conservative Political Action Conference on Thursday night just outside Washington, D.C. -- but not because of the high school shooting that left 17 dead last week.

When Turning Points USA founder Charlie Kirk asked the president's second son to describe the 2016 campaign, and election night, Eric Trump recalled watching Florida go for his father, specifically mentioning Broward County, which voted for Hillary Clinton. Kirk and the president's second son reminisced about Donald Trump's unexpected ascendance to the White House Thursday night and accomplishments since then, focusing on everything from election night to tax reform -- and of course, Clinton.

"I saw more Hillary for prison signs in many of these places than Clinton for president signs," the Trump son said, recalling the election.

But more difficult topics, such as the deaths in Florida and the debate that has ensued, staffing challenges in the White House and the path ahead for immigration did not come up Thursday night. President Trump has tackled some of those issues, hosting a listening session with students and families affected by school shootings Wednesday, and another listening session Thursday.

The appearance of the 34-year-old Trump son comes hours before his father is slated to speak on the same stage Friday. He described how his family worked together during the campaign, even though they weren't political. He didn't know what a delegate was before his father entered politics, he said.

Eric Trump doesn't dabble in politics publicly quite as frequently as his older brother, Donald Trump Jr., or his sister, Ivanka Trump, who works in the White House. But he still makes occasional TV appearances, and his wife, Lara Trump, is the senior adviser to her father-in-law's 2020 reelection campaign.

The CPAC annual gathering of conservative activists, has attracted some of the most outspoken pro-Trump speakers this year, such as Fox News' Judge Jeanine Pirro, former Trump aide Sebastian Gorka, Breitbart's London editor Raheem Kassam and NRA head Wayne LaPierre. While the White House is battling multiple fires on its own, the message at CPAC Thursday was one of praise for the president and accomplishments conservatives view as most important -- the tax overhaul, judicial nominees like Supreme Court Justice Neil Gorsuch, and regulatory changes.