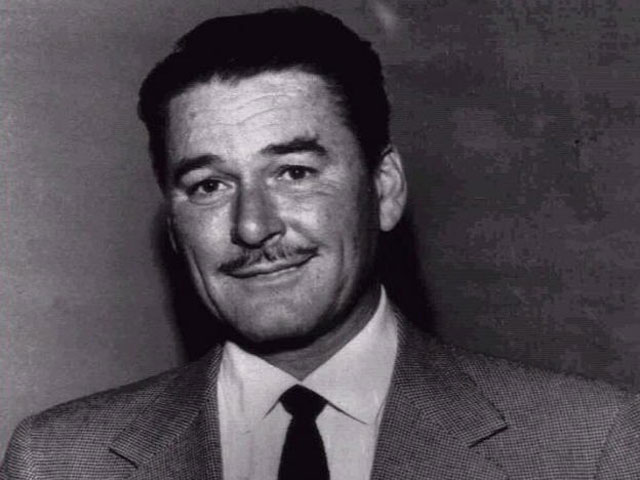 NEW YORK (CBS) Charlie Sheen compared himself to an infamous Hollywood troublemaker in a statement Wednesday, thanking  his fans and CBS bosses for their support during his recent troubles.

The "Two and a Half Men" star, who is currently in rehab, was referring to actor Errol Flynn.

For those not familiar with Flynn or his antics,  he was known for his swashbuckling roles in films like "Captain Blood," "The Adventures of Robin Hood" and "The Sea Hawk." Off-camera, he was infamous for his heavy drinking and womanizing.

In 1942, Flynn was accused of statutory rape by two underage girls. He was cleared of the charges when the case went to trial that next year, but the incident increased the actor's reputation as a ladies man and led to the popular phrase "in like Flynn."

Sheen mentioned the swashbuckler in his statement when he said, "Like Errol Flynn, who had to put down his sword on occasion, I just want to say, 'Thank-you.' And to my fans, your good wishes have touched me very much."