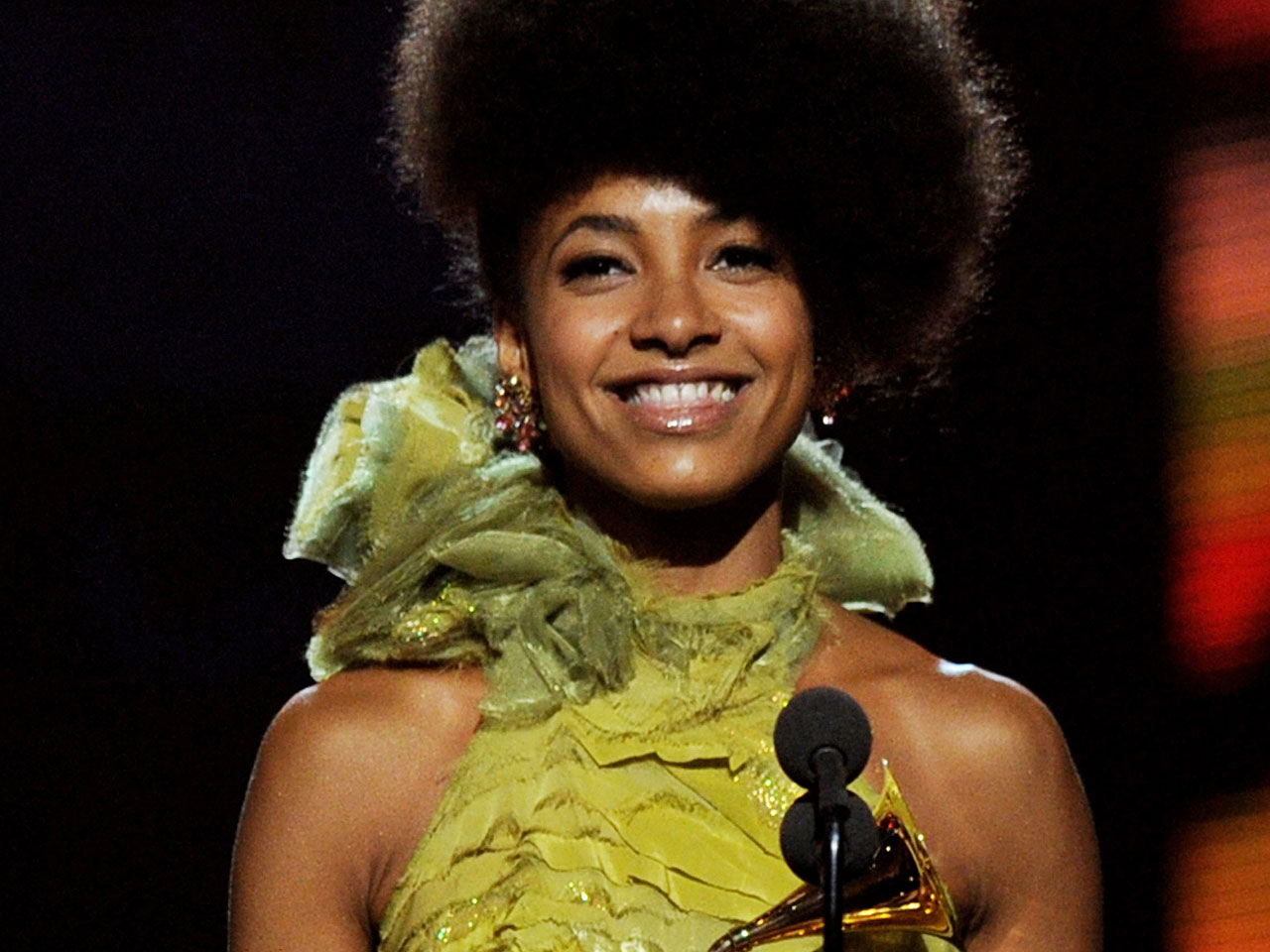 (CBS) It didn't take long for Esperanza Spalding's fame to turn to misfortune. Shortly after winning the Grammy Sunday for Best New Artist, beating out the likes of Justin Bieber, Florence and the Machine, Drake and Mumford & Sons, the 25-year-old's Wiki page reportedly came under attack by jealous Bieber fans.

But what is the little known jazz singer really about? Read on.

As for all that ugly Bieber fan business, we got the full scoop here.