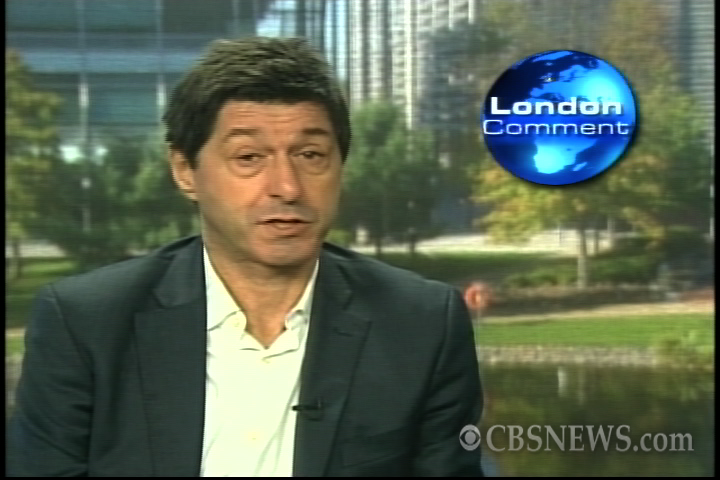 There is an old newspaper headline, supposedly from the Times of London when the British Empire was at its height, which read: 'Fog in English Channel; Continent cut off'. Those days when Britain thought the world revolved around it are long gone, but our relations with the continent - or Europe - remain difficult. We do not naturally go along with every missive from Brussels. Far from it.

President de Gaulle never thought Britain ought to be admitted to what was then called the Common Market. Margaret Thatcher was famous for pitching up to European summits swinging her handbag, and saying very firmly non, non, non. Her successor John Major quietly won opt outs from a crucial Treaty. And Tony Blair never took Britain into the Euro - much as he might have liked to.

Frankly, I think it would be easier to find weapons of mass destruction in Iraq than it is to find politicians in Britain today who still wish we had joined the Euro. As our leaders cast their eyes across Europe they must think -- phew. Greece in turmoil, Ireland and Portugal needing bailouts, the contagion even threatening Spain and Italy. The Eurozone crisis is taking on the shape of some hideous slow motion car crash, in which Europe's politicians know the consequences of it unravelling would be apocalyptic, but can't quite agree on how to avoid it.

And though we Brits still have our Pounds, we are not immune from the troubles across the English Channel. Next week Parliament will get a vote on whether we should be offered a referendum on our relationship with the European Union. Some are hoping this will be a first step towards Britain pulling out of the EU; others that it will lead to a repatriation of powers from Brussels to London. I suspect there are no big changes imminent, though our Prime Minister David Cameron would love to do so. To seek to re-negotiate painstakingly ratified treaties at a time when the Eurozone could be about to go up in flames might not go down well with our European partners. Indeed, the French President Nicolas Sarkozy has said, without naming Britain directly, that this is no time for tinkering.

One simple statistic: Britain exports more to Ireland than it does to Brazil, Russia, India and China combined. Half of our total exports are to European Union countries. Chaos in Europe is a disaster for Britain. So tonight, when David Cameron kneels down to say his prayers, I bet the incantation is something like this: thank you, Lord, for ensuring that Britain never joined the hideous Euro, may you grant it a long and healthy and peaceful life. Amen. This is Jon Sopel for CBS News in London.