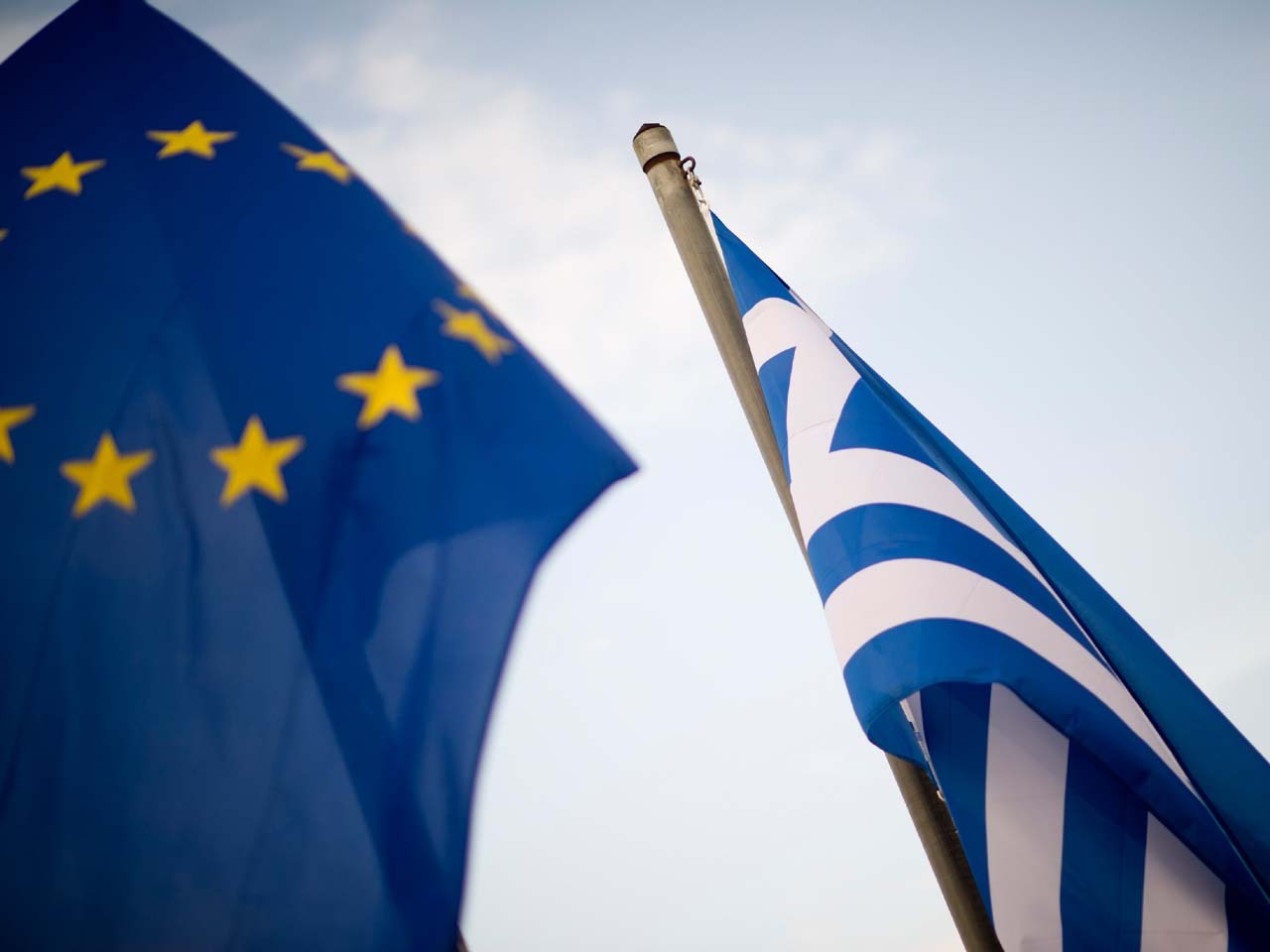 (AP) NICOSIA, Cyprus - Greece may be given some more breathing room to meet its bailout commitments but no more money, European finance ministers indicated Friday as they gathered in Cyprus for a top-level meeting.

Finance ministers from the 17 countries that use the euro, along with European Central Bank chief Mario Draghi and the International Monetary Fund's Christine Lagarde, are holding an informal meeting in the Cypriot capital of Nicosia in a period of relative calm.

An ECB bond-buying plan, the creation of a new government in Greece following two elections and a German court ruling in favor of Europe's new bailout fund have all calmed markets and politicians nervous at the eurozone's debt problems.

However, Europe's debt crisis is by no means over and a number of hurdles still need to be cleared if the current calm continues through to the end of the year.

Greece and its ability to stick to its bailout terms will be one of the main topics of discussion over the next two days. Spain will also be high on the agenda, and in particular whether the government will ask for financial help from the eurozone's bailout funds ECB, as will proposals for a new European banking union.

Speaking to reporters as he arrived at the meeting, Dutch finance minister Jan Kees de Jager said Greece does not have much flexibility as it tries to get more time to achieve the budget cuts and reform measures required by its rescue lenders.

"If the deficit turns out to be somewhat worse than expected because of a temporary downturn in the economy, there could be some time but not money, not extra money," de Jager said.

Debt-crippled Greece has depended since May 2010 on international rescue loans, granted by its European partners and the IMF, in return for a deeply unpopular austerity program.

The conservative-led Greek coalition government is seeking a two-year extension to meeting the budget reduction program to 2016, as the country's recession is proving worse than anticipated at the time the program was negotiated. By the end of this year, the Greek economy is expected to have contracted by a cumulative 20 percent since 2008.

If Greece's creditors do not approve the new cutbacks, the country will lose access to its vital rescue loans, potentially defaulting on its mountain of debt and forced to leave the 17-nation eurozone.

However, many observers think Greece should not be forced to leave the euro at a time when the 17 countries appear to be making progress in their efforts to solve the debt crisis.

Austria's finance minister Maria Fekter said the Greek government is making "ambitious" proposals to deal with its debts and echoed De Jager in saying that the country may get more time to get its finances in order.

"We will give Greece the time that they need for this," she said. "There will probably not be more money."

However several of Greece's euro partners are wary of giving the country more time because it could mean additional funding for the crisis-hit country.

Greek Prime Minister Antonis Samaras, who is currently struggling to get an agreement on an 11.5 billion euro ($14.7 billion) package of spending cuts for the coming two years with the two leaders of his coalition government, says no new money will be needed, arguing that Greece could raise more short-term money in the markets and rework its current spending plans.

He has been trying to convince leaders around Europe that Greece needs "time to breathe" so the country can return to growth that would make it easy to pay off debts.

Greece's last bailout package, worth around 130 billion euro, was agreed earlier this year but the money will only be handed over in the event it meets certain targets.

Spain, which also at the heart of Europe's debt crisis will also likely feature in the discussions through Saturday as it weighs up whether to tap a new European Central Bank bond-buying plan.

Luis de Guindos, Spain's finance minister, said the primary focus for the Spanish government remains getting its borrowing levels down. Spain is widely-expected to make a request to use the ECB facility at some stage but the conditions attached have yet to be determined.

"What Spain has to do is adjust its public deficit to the path we are committed to down from an excessive deficit," he said.

This is the first gathering of euro finance ministers since the ECB's Draghi announced the new plan to buy up unlimited amounts of short-term debt to help struggling countries lower their borrowing costs.

The ECB proposals have helped calm the mood in markets over the past few weeks, reducing the pressure on Spain to tap the new facility because it's borrowing rates in the markets have fallen dramatically.

"Spain is on the right track but will have to continue to convince the markets that it has sound policy for economic reform as well as budgetary austerity measures," De Jager said.