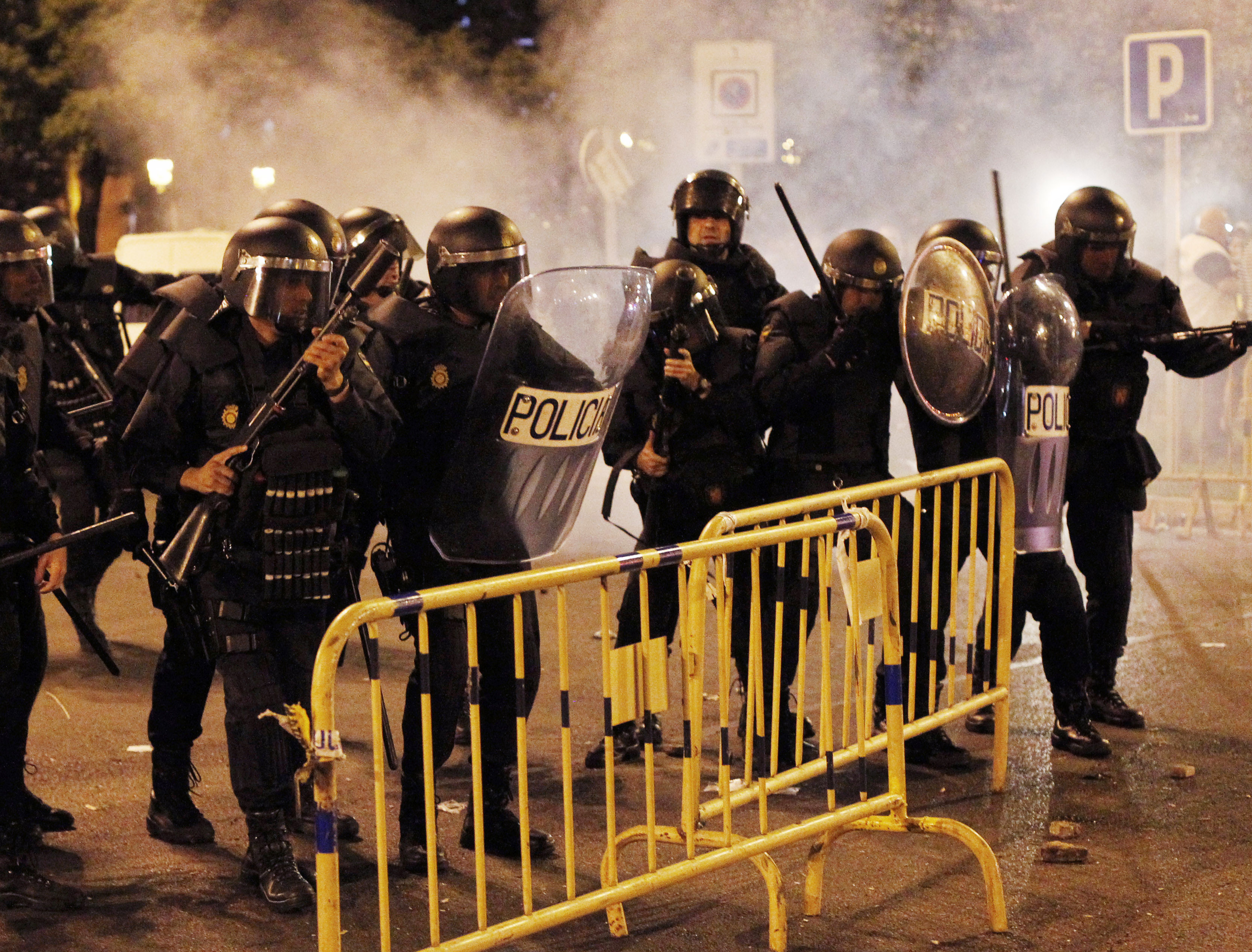 Riots have now occurred in the three of the EU's most troubled nations -- Spain, Portugal and Greece -- in the wake of government budget and wage cuts at a time growing economic and social turmoil in the region.

Interest rates on Spain's 10-year bonds topped 6 percent. Although the yield has surged this week, Spanish debt remains at least a point below danger levels for the country's government. Investor fears about the eurozone had eased since the European Central Bank earlier this month said it would buy bonds of nations that ask for a bailout.

But those concerns returned this week after protesters took to the streets in Madrid on Monday and Tuesday. Demonstrators may have been emboldened by this weekend's news that the Portuguese government had reversed course and would not implement planned salary cuts after violent protests in Lisbon last week.

Spain denies bailout plans as economy worsensECB plan is a more powerful patch, not a solutionGermany urges Spain to offer guidance on bailout

Riots also erupted in Greece Wednesdayas trade unions called a nationwide strike to protest billions of euros in new salary and pension cuts being considered by the government. The Spanish government is set to unveil another round of budget cuts later this week.

In Spain last night, 38 people were arrested and 64 injured in a confrontation between police and protesters outside the national Parliament building in central Madrid. More than 1,000 riot police blocked off access to the building, forcing an estimated protesters to crowd nearby avenues. Police with batons charged protesters at the front of the march, and some demonstrators broke down barricades and threw rocks and bottles. Smaller demonstrations Tuesday also attracted hundreds of protesters in Barcelona and Seville.

Along with social unrest, Spanish Prime Minister Mario Rajoy also must seek to head off a full-blown constitutional crisis as Catalonia announced a snap election. That raised the possibility that the country's most economically important region could move to declare independence from Madrid. The region has a long history of seeking independence, but that movement has rapidly gained in popularity as the economy has worsened.

Also Wednesday, the Bank of Spain issued a report saying the nation's economy had continued to shrink at a "significant rate" in the third quarter of the year. The deepening recession has pushed Spain's unemployment rate over 25 percent and increased pressure on Rajoy to seek an EU bailout. The government has said it is still considering whether or not this is the right course of action.