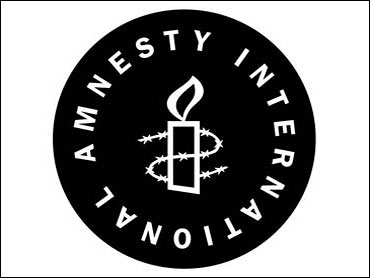 Europe had its first year without executions in 2009, human rights group Amnesty International said Tuesday. But the London-based organization said the spell was recently broken by the execution of two men in Belarus - an indication of the challenges the group faces as it fights to abolish capital punishment.

Amnesty International has been tracking executions internationally since 1980, although their figures don't include extra-judicial killings or the casualties of war. Western European countries such as France, Britain and Germany abolished the death penalties in the years following World War II, and abolition spread rapidly through Eastern Europe with the collapse of Iron Curtain.

Many former Soviet satellites banned capital punishment in the 1980s and '90s. Russia and Ukraine have not executed anyone more than a decade. Amnesty said that Belarus, Kazakhstan, Uzbekistan, and Tajikistan have executed about 130 people between them over the past 10 years, but since 2006 Belarus has been the only European state to carry out death sentences.

The death penalty is "on its way out," according to Amnesty's interim Secretary General Claudio Cordone, before acknowledging that countries such as Belarus were a "hard core" where the practice would likely linger for some time.

Amnesty said Belarus executed two convicts just under two weeks ago. Death row prisoners in the authoritarian country are only given a few moments' notice before they're killed. They're then shot in the back of the head and their bodies are buried secretly, the group said.

Worldwide, the total number of officially state-sanctioned executions is as uncertain as ever - in large part because China, the world's largest executioner, refuses to say how many prisoners it puts to death.

Unusually, Amnesty said it would refuse to put a figure to the scale of Chinese executions, saying that previous estimates - based on publicly available data - have been far too low. In 2008, Amnesty put the minimum figure of people put to death at 1,718.

The group said the true number is somewhere in the thousands, and has publicly challenged the Chinese government to publish the full number of people killed by the state - a move Amnesty's secretary general said was made after the rights group failed to persuade the government to release the figures.

"We want the Chinese government to lift the veil of secrecy," Cordone said. "The Chinese authorities claim that fewer executions are taking place. If this is true, why won't they tell the world how many people the state put to death?"

A Chinese Foreign Ministry duty officer reached after hours in Beijing had no immediate comment. While there's no indication that China plans to make its execution figures public, the country's highest court issued new guidelines last month said the death penalty should be limited to a small number of "extremely serious" cases.

Cordone said the pace of executions had picked up as the government took efforts to crack down on terrorism, something he said was "absurd" given that many Iraqi terrorist seemed happy to die for their cause.

"It's not an answer to suicide bombing," he said. "As a deterrent it's not going to work."

Iraq's neighbor, Iran, continues to be the Middle East's biggest executioner, according to Amnesty, which said that the Islamic Republic put 388 people to death in 2009 - including at least 112 people killed in the two months following the country's disputed elections.