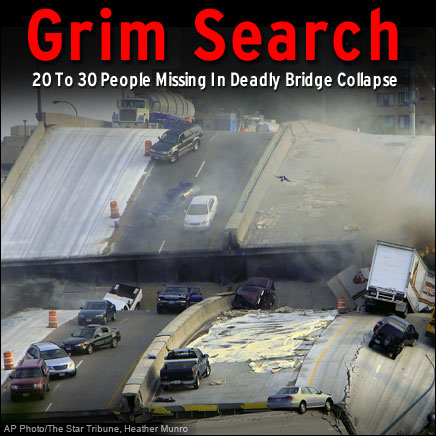 This column was written by Victor Davis Hanson.

George Bush is not a very popular fellow.

Witness the enraged reaction last week from critics to his suggestion that leaving Iraq now could have the same dire consequences as our withdrawal from Vietnam did. "It just boggles my mind, the distortions I feel are perpetrated here by the president," cried historian Robert Dallek. "Misleading rhetoric," chimed in Rep. John Murtha, D-Pa.

What is it about Bush that evokes such furor?

Let's start with the hard left, whether in Hollywood or the blogosphere, or among the academic elite. They hate George Bush. To them, his tax cuts, alliance with the religious right, opposition to abortion and gay marriage, and wars in Afghanistan and Iraq foster the image of an illiberal, imperial America. His strut and mangling of words are more salt in their wounds.

The mainstream Democratic Party has been pretty vocal in its dislike, too. Al Gore's veins bulge when he speaks of George Bush. Speaker of the House Nancy Pelosi's lips curl.

Many Democratic politicians still smart from the loss of the 2000 election, when they won the popular vote but still lost the White House. By making an opposition president a constant target, Democrats only help their party in the national elections, as we saw in 2006.

However venomous this current Democrat attack machine, it is somewhat similar to what Republicans did to Bill Clinton in the 1990s. That's what rough-and-tumble two-party politics is about.

Of course, there are even Bushophobes among Republicans and right-wingers. Ultra-conservatives don't like open borders or the president's big increases in federal spending. As neo-isolationists, they don't think Iraq is worth one dead Marine.

Now even mainstream Republicans are inching away from their lame duck president. These Republicans - Bush's base - are worried that the president's ratings have sunk low enough to sink them, too.

Overseas, the president continues to get no love.

Sophisticated Europeans don't like the idea that the world's most powerful military is run by a Texan with a twang and a Bible who's full of missionary zeal about changing the status quo.

Arab reformers aren't fans of the president, either, though you might think many should be. After all, for years, they faulted the United States for our support for authoritarian dictators. Then rode in George Bush with his high talk of universal freedom - and the obligation of the United States to use its resources to force democratic change upon a reluctant Middle East.

But talking is one thing, acting another. No Arab intellectual wishes to see Western force used against fellow Muslims - apparently even if they are murderous Saddamites or primordial al Qaeda jihadists.

Finally, there is at least one group whose hatred of Bush is more than welcome: bin Laden and his al Qaeda terrorists.

Now, if you were to believe the criticisms of the president by many of the groups outlined above, it would follow that bin Laden would actually be delighted by Bush's "war on terror."

After all, Bush supposedly waged an unnecessary and divisive war that only empowered his enemies. The administration supposedly drove "moderates" into bin Laden's camp, divided the American public over Iraq and turned off allies with Guantanamo and wiretaps. We are surely less safe, it is argued, post-9/11.

But why then does bin Laden hate George Bush so passionately? He serially rants about the president. In October 2004 he even released a pre-election video addressed to Americans, lambasting Bush in hopes that he would lose the election.

The truth is that, thanks to Bush, bin Laden's original bases in Afghanistan are lost. His al Qaeda followers in Iraq are being systematically decimated - with the help of Sunni tribesmen repulsed by jihadist atrocities. A recent poll from the Pew Research Center revealed a precipitous drop in support among Middle Easterners for the tactics of suicide bombing, and a growing unpopularity for bin Laden himself.

George Bush's war on radical Islamic terrorists and their sponsors apparently makes a lot of widely different people uncomfortable. But the irony here is that bin Laden's dislike for the president should show Bush-haters here and abroad that he deserves some praise. Their common enemy is as enraged as he is reeling.