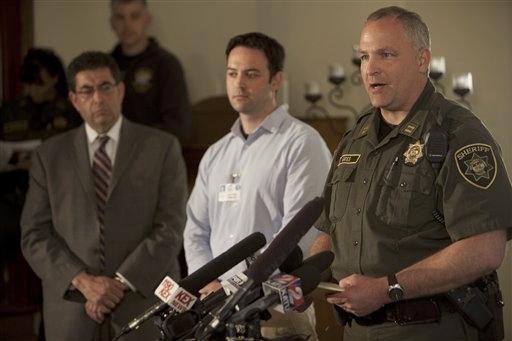 Over the past 10 to 15 years, the Thanksgiving dinner as we know it has changed. Not dramatically, mind you, but changed nonetheless, according to chef Tori Ritchie.

And she should know. Ritchie is a San Francisco-based food writer, cooking teacher and host of the long-running "Ultimate Kitchens" on the Food Network. Her latest cookbook is "Party Appetizers: Small Bites, Big Flavors" (Chronicle Books, Fall 2004).

Ritchie led the way in The Early Show series "The Perfect Thanksgiving", offering suggestions and recipes for all phases of your holiday feast.

As for the changes Ritchie has observed, she says, "You always have to have the classic ingredients. But people are looking for recipes that put a new twist on them. For instance, you have to have sweet potatoes, which some people call yams. In the old days, they were baked, with marshmallows on top. Now, there are much more sophisticated versions of that, such as mashed sweet potatoes, with a little maple syrup. Another example: cranberries. People now put dried cranberries in salads, or feature them in desserts. They don't necessarily have to be in a sauce.

"You can't have Thanksgiving without cranberries, sweet potatoes and pumpkins," Ritchie notes. "You just don't have to have them the way our grandmother made them."

Another recent trend: People are now willing to use some prepared foods, as opposed to the old pressure to make everything from scratch. One example of that: People will buy frozen puffed pastry for the tart. They'll buy chestnuts that have already been peeled, and pre-seasoned stuffing mix. "And that's fine," Ritchie declares. "I'm all for using a few shortcuts."

A social change under way: Thanksgiving groups are getting much smaller. "It used to be," Ritchie recalls, "if you weren't having 24 people, it wasn't worth it. Now, smaller, more intimate groups are really fun for Thanksgiving."

As a result, many people are ordering smaller turkeys (10-12 pounds), which are really manageable. In fact, Ritchie recommends that if you're having a bigger group, you roast two smaller birds rather than one huge one. It's easier to cook them evenly, easier to handle them, and they're easier to carve.

What's more, Ritchie points out, it's now OK to not only have smaller groups, but a smaller number of dishes. "Don't kill yourself making 12 side dishes," Ritchie advises. "Stuffing plus three side dishes are just fine, including the cranberry sauce."

Ritchie notes that people used to walk away from the Thanksgiving table in "food comas" from eating so much. "But," she says, "people by and large don't want to eat that way anymore."

Still, as much as things change, one thing has stayed the same. Alas, "If you don't want to eat carbs on Thanksgiving, you're out of luck. You can't have Thanksgiving without the stuffing."
By Brian Dakss, CBSNews.com