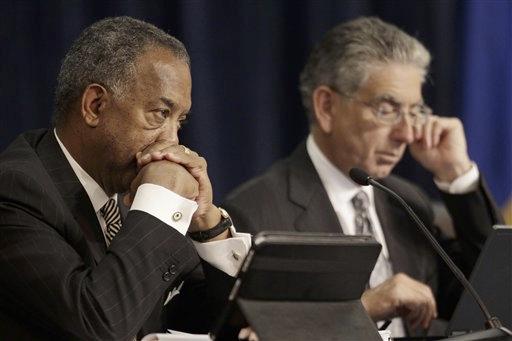 Former Connecticut Gov. John G. Rowland arrived at a federal prison Friday morning to serve a yearlong sentence for corruption, coming through a back entrance to avoid reporters.

Rowland was sentenced to one year and one day at the camp but will be eligible for release after 10 months. He must also serve four months of house arrest.

Earlier in the day, the three-term Republican gave thanks for his family and supporters.

"Throughout this whole ordeal, one thing has become abundantly clear: how blessed I am to have such a wonderful wife and loving children," Rowland, 47, said in a statement issued by his attorney. "I am also grateful for the prayers and support from so many people across our state."

Rowland — a congressman at 27 and the state's youngest-ever governor at 37 — had been well-liked in heavily Democratic Connecticut and was considered a rising star in the Republican Party before he resigned in July under threat of impeachment.

Under a plea deal with prosecutors in December, he admitted to trading access to his office for more than $100,000 in vacations, charter airline trips to Las Vegas and home repairs. Though he tried to portray his crimes as tax-related, prosecutors repeatedly called him corrupt.

After sentencing two weeks ago, a federal judge recommended that Rowland be sentenced to a prison just outside Boston, where his family could visit him easily. But the Bureau of Prisons assigned him to the camp in Loretto, some 70 miles east of Pittsburgh and about 400 miles from Rowland's West Hartford home.

Loretto, a minimum-security prison, houses 140 nonviolent offenders serving relatively short sentences. The inmates, all men, sleep in bunk beds in a barracks-style building and are allowed visitors on Friday evenings and on weekends.

Rowland, designated prisoner No. 15623-014, will be required to work, as are all federal prisoners, receiving about 12 cents an hour.

His fall from power began two years ago, when a top aide pleaded guilty to corruption and began cooperating with the FBI.

Rowland is one of several former governors to be sent to prison in recent years, including Edward D. DiPrete of Rhode Island and Edwin Edwards of Louisiana.