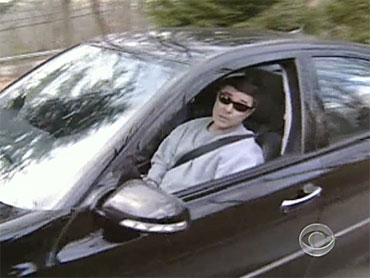 The former chief financial officer for Bernard Madoff pleaded guilty Tuesday to conspiracy, admitting to helping Madoff carry out a massive fraud that cost thousands of people billions of dollars by lying to investors and testifying falsely when it seemed the fraud might be discovered.

"I was loyal to him. I ended up being loyal to a terrible, terrible fault," Frank DiPascali said as he pleaded guilty in U.S. District Court in Manhattan to charges including securities fraud, falsifying records and international money laundering.

The plea to charges which carry a potential penalty of up to 125 years in prison came with a cooperation deal that could earn him leniency at sentencing.

Madoff is serving 150 years in prison for a Ponzi scheme that demolished thousands of people's life savings, wrecked charities and shook confidence in the financial system.

Customers say DiPascali, 52, was their main contact with Madoff's firm, a fact he admitted as he confessed to the 10 charges contained in a criminal information charging document.

He said he began working for Madoff in 1975, just after he finished high school, and had joined Madoff in his fraud by the 1980s or early 1990s, when he knew that he and Madoff were promising investors that transactions were being made that were not.

DiPascali says the transactions were "all fake. It was all fictitious. It was wrong, and I knew it was wrong at the time."

DiPascali said he thought "for a long time" that Madoff had other assets to cover the claims of any investors who might demand their money back.

"That's not an excuse. I knew everything I was doing was wrong and criminal," he said.

He added: "I don't know how I went from an 18-year-old kid who just happened to have a job to someone standing before you today."

Mariam Siegman, who described herself as a 65-year-old Madoff victim, was the only victim to take up Judge Richard Sullivan's invitation to speak at the hearing.

She said she opposed acceptance of the plea because it prevents a trial and "the kind of justice that allows truth to be spoken out loud in a courtroom."

The judge said he did not believe "the quest for truth ends today" and he expected to learn much more before a sentencing not scheduled to take place before May 2010.

"There will be more information and the court will sentence on the basis of additional information," Sullivan said.

The judge did not immediately rule whether DiPascali could remain free on bail before he is sentenced.

Customers say that for decades DiPascali answered their questions about their accounts with Madoff's firm and helped them if they wanted to add or withdraw money.

He and Madoff came from the same part of Queens, and DiPascali's first job was as Madoff's assistant. In the 1980s, DiPascali held titles with Madoff's firm including director of research and director of options trading. Since 1996, he had been the firm's chief financial officer.

During his guilty plea in March, Madoff insisted that he acted alone. Only one other person - his accountant - had been charged during the seven-month investigation before the charges were revealed against DiPascali.

The conspiracy charge against DiPascali and his cooperation deal are likely to increase speculation that investigators might learn who carried out the details of the multi-decade fraud that led thousands of investors who sank at least $13 billion into Madoff's firm to lose all.

Madoff had told investors late last year that their accounts contained nearly $65 billion, when he actually had only several million dollars left of their money.

Since Madoff revealed the fraud to his sons in early December and was arrested by FBI agents, investigators have looked into the actions of his wife Ruth, his brother and two sons, who ran a trading operation under the same roof, and other insiders. No other Madoff family members have been charged.

The FBI has said it expects more arrests before it concludes the probe.