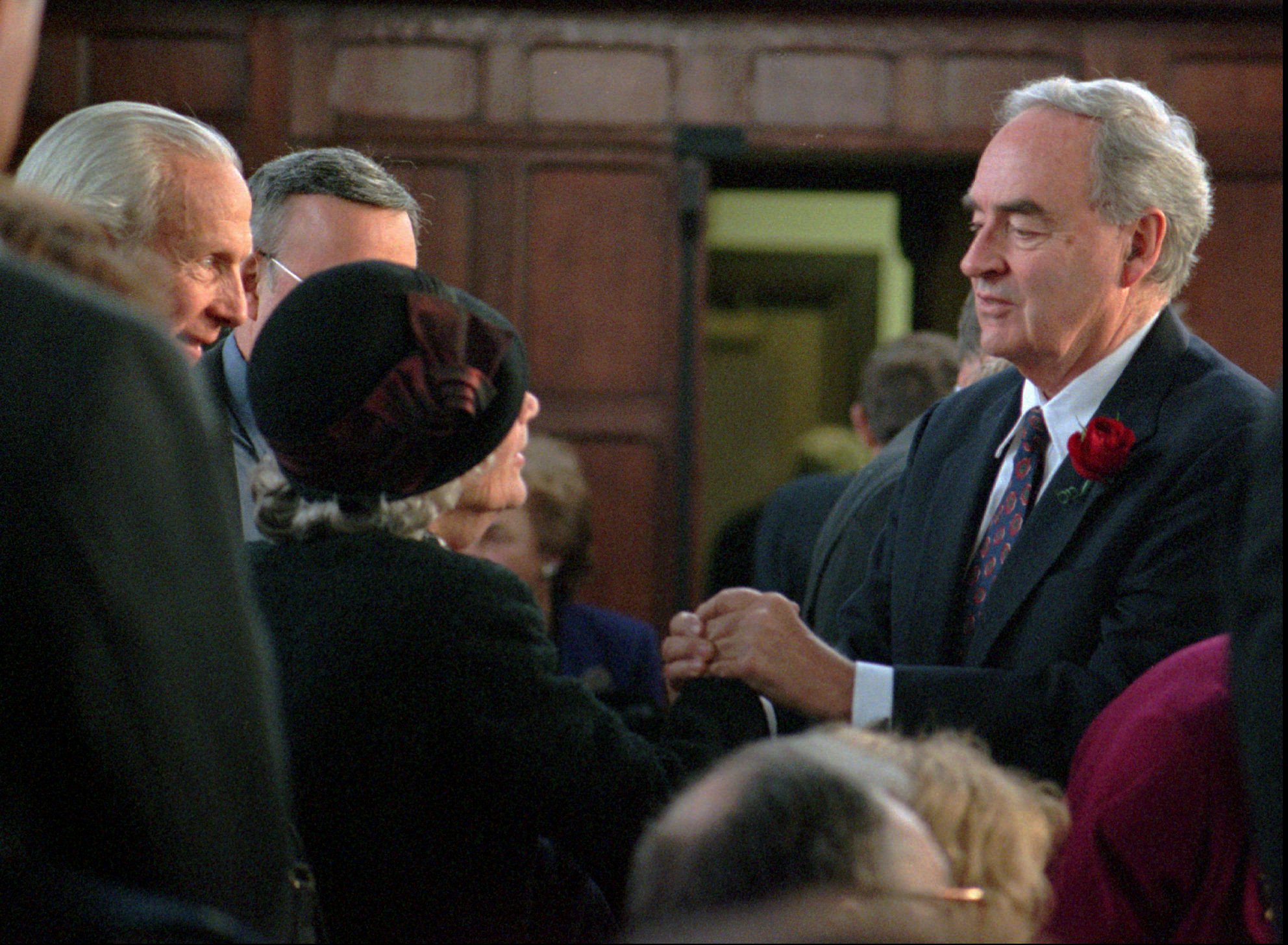 Wofford, 90, a prominent Pennsylvania Democrat who also served in President John F. Kennedy's administration and worked with Martin Luther King, will be marrying Matthew Charlton, 40, at the end of the month.

"Too often, our society seeks to label people by pinning them on the wall -- straight, gay or in between," Wofford wrote of his upcoming marriage. "I don't categorize myself based on the gender of those I love. I had a half-century of marriage with a wonderful woman, and now am lucky for a second time to have found happiness."

The former senator recounted how he coped following his wife Clare's death two decades ago, when she eventually succumbed to her battle with acute leukemia.

"In the cold spring that followed, I felt grateful to be alive, lucky to have many friends and family members, and glad for a challenging assignment from President Clinton involving national service," Wofford, who helped create the Peace Corps service organization, said. "But I also wondered what it would be like living by myself for the rest of my life. I was sure I would never again feel the kind of love Clare and I shared."

He told of the "romance and adventure" the two shared over 48 years of marriage and wrote glowingly of the support his wife provided him during his time as Pennsylvania senator.

Five years after her death, Wofford met Charlton, then 25 years old, while swimming on a beach in Fort Lauderdale, Florida.

"As we talked, I was struck by Matthew's inquisitive and thoughtful manner and his charm," Wofford wrote. "I knew he was somebody I would enjoy getting to know. We were decades apart in age with far different professional interests, yet we clicked."

Despite his own work and prominence among a cluster of civil rights activists, Wofford noted that same-sex marriage equality still hadn't been something he had expected in his lifetime.

"Seeking to change something as deeply ingrained in law and public opinion as the definition of marriage seemed impossible," he said. "I was wrong, and should not have been so pessimistic."

"At age 90, I am lucky to be in an era where the Supreme Court has strengthened what President Obama calls 'the dignity of marriage' by recognizing that matrimony is not based on anyone's sexual nature, choices or dreams," he continued. "It is based on love."