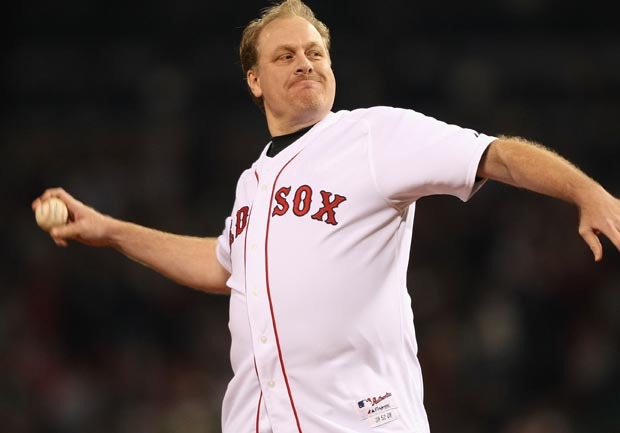 An email sent by the 38 Studios company to workers and obtained by The Associated Press says they were notified of the "non-voluntary and non-disciplinary" layoffs on Thursday.

38 Studios moved from Massachusetts after Rhode Island agreed to back the loan. Officials said the deal would bring hundreds of jobs and millions of dollars of tax revenue. The company was more than two weeks late this month on a $1.1 million payment to the state's Economic Development Corporation. State officials said the company wasn't able to make its payroll.

Gov. Lincoln Chafee said 38 Studios was facing "grim times" but he wasn't abandoning efforts to salvage the company and protect the state's investment. The state would likely be responsible for some of 38 Studios' debts should it collapse.

The email to 38 Studios' employees thanked them for their dedication to the company.

"The company is experiencing an economic downturn," the email read. "To avoid further losses ... the company has decided that a companywide layoff is absolutely necessary."

The company had 300 employees in Providence, Chafee said. It also has an office in Maryland. It released its much-anticipated first game, "Kingdoms of Amalur: Reckoning," to strong reviews in February. Schilling, who also pitched for Baltimore, Houston, Philadelphia and Arizona and was on three World Series winners, has said the game performed well, but Chafee has said it was a flop.

Attempts to reach Schilling and company executives on Thursday were unsuccessful.

Chafee opposed the loan guarantee deal in 2010 while he was running for governor but has since said he wants to find a way to help make 38 Studios successful without giving it additional taxpayer assistance. But he has acknowledged the state is "in deep."

"I'm still continuing to work for 38 Studios," he said.

38 Studios has requested millions of dollars in tax credits under an incentive program for film companies and video game studios. Chafee spokeswoman Christine Hunsinger said Thursday state officials were trying to determine whether 38 Studios is incorporated out of state, making it ineligible for the incentives.

The political fallout from the state's involvement with 38 Studios continued to play out as two members of the 12-member Economic Development Corporation board, which approved the loan guarantee in 2010, stepped down.

Board Vice Chairwoman Helena Foulkes said in a statement Thursday she spoke with Chafee and decided it was best that she resign. She said she wished him luck "in this very difficult challenge."

Chafee, asked if he was seeking the resignation of other board members who supported the 38 Studios loan guarantee, said "yes, we're having those discussions."